Having finished 13th at last weekend’s season opener in Dubai, Kenya will be looking to redeem themselves when they launch their Cape Town Sevens campaign with a pool D fixture against Samoa today.

In Samoa, Shujaa faces a team that has started the season strongly as they reached the semi-finals in Dubai before settling for fourth after losing to England in the bronze battle. While Kenya lies at the bottom half of the overall standings after collecting four points, the Pacific Islanders are fourth with 15 points.

Shujaa, who won only one match in the United Arab Emirates last weekend, will wind up their preliminaries against Australia and newly promoted Ireland tomorrow with a place in Sunday’s Main Cup quarter-finals at stake.

At the three-day tournament, Kenya will be forced to do without Nondescripts centre Oscar Denis who suffered an injury at the Dubai event with the rest of the team that did duty in the season opener available.

The past four matches between Kenya and Samoa have seen the sides share two wins each with the recent meeting at last season’s London Sevens ending with a 21-20 victory for the East Africans.

A good outing in the South African city will help ease the pressure on Kenya, who are keen on finishing in the top eight at the conclusion of the 10-legged series next year.

Shujaa registered three points in last season’s Cape Town Sevens after overcoming Wales 33-26 in the 13th place playoff. They lost all their pool matches against Fiji, England, and France on the first day of the tournament.

South Africa’s Blitzboks are seeded top in their home tournament and they headline pool A which has last season’s Cape Town Sevens finalists Fiji and USA as well as Japan, who will compete as an invited team after losing their core status following their relegation at the end of last season.

New Zealand, who finished second in Dubai last weekend, have been drawn in Pool B with Argentina, Canada and Wales while Dubai Sevens bronze medalists England, France, Spain, and Scotland are in pool C.

The top two in each pool will be guaranteed qualification to the Main Cup quarter-finals.

Liverpool are set to make a move for Takumi Minamino in the... 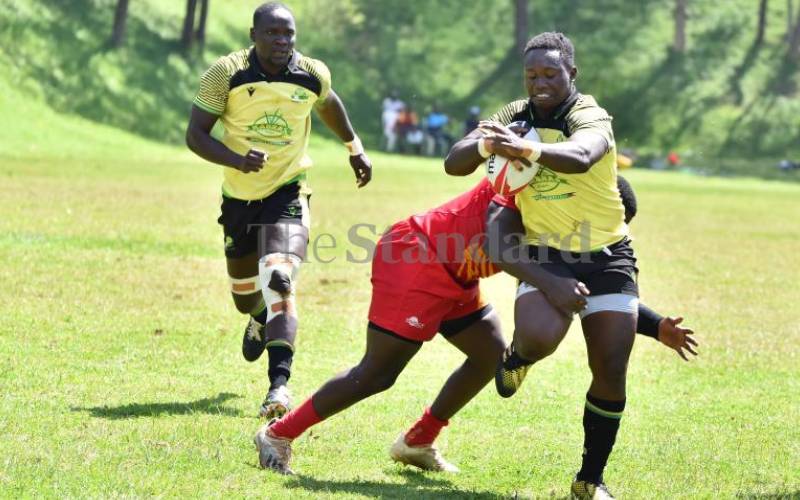 By Edward Buri | 27 minutes ago