Arsenal ended their five-year wait for a Premier League away win against 'Big Six' opposition with a second-half Pierre-Emerick Aubameyang penalty giving them a 1-0 win at Manchester United on Sunday.

The Gunners had not enjoyed such a win in 29 games since their victory at Manchester in January 2015.

The result leaves United still without a win at Old Trafford in the Premier League this season and it was a disappointing performance from Ole Gunnar Solskjaer's side after their impressive display in the 5-0 win over RB Leipzig in the Champions League in midweek.

The decisive moment came when Paul Pogba stood on Hector Bellerin's foot inside the area and Aubameyang kept his cool to convert the spot-kick.

United did hit the post through a deflected shot from substitute Donny van de Beek late in the game but Solskjaer's 100th game as manager ended in a defeat which leaves them in 15th place with just seven points from six games.

Arsenal move up to eighth on 12 points. 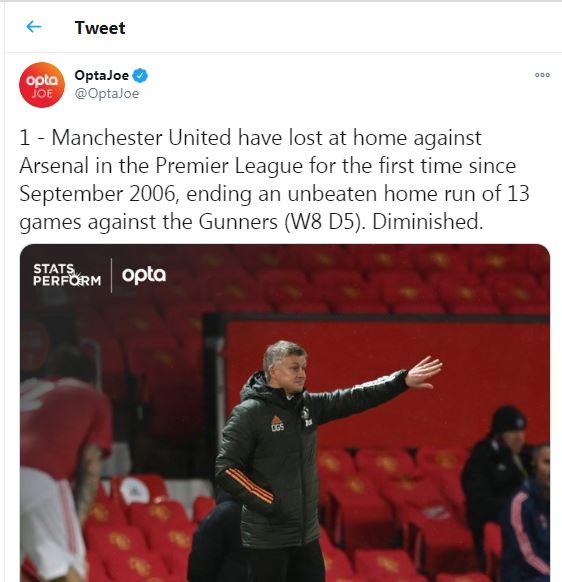 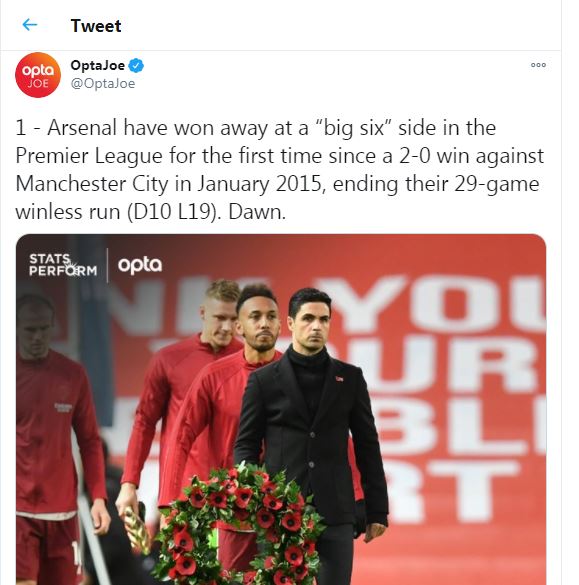