Roba who is the leader of United Democratic Movement (UDM) that decamped from Azimio to Kenya Kwanza in a post-election agreement, has told Azimio to “move on.”

“We have refused and moved on, get used to it,” said the senator.

However, the Aizmio side argued that UDM is yet to legally detach from Azimio although it has publicly signed an agreement with Kenya Kwanza.

A statement by Registrar of Political Parties Anne Nderitu to the Senate Clerk on September 7 declared that all the 26 political parties that formed Azimio are still intact within the coalition, with Kenya Kwanza having 15 parties. Parties that have moved out of Azimio include UDM, Dr Alfred Mutua’s Maendeleo Chap Chap (MCC) and Senate Speaker Amason Kingi’s  Pamoja African Alliance (PAA).

Speaker Kingi failed to disclose the coalition that fronted Roba’s name to be part of the SBC only stating that he has already ruled on the issue.

Senate Majority Leader Aaron Cheruiyot later confirmed that it was his decision to nominate Roba as a candidate in the SBC.

“I will proceed with seeking clarity and guidance from the speaker on what we should do in this House when the speaker makes a ruling that is considered unfair by a section of the house,” said Kitui Senator Enoch Wambua.

The ruling followed the Speaker’s decision to declare Kenya Kwanza the House majority despite attempts by the Azimio camp to allege that the nomination of Elgeyo-Marakwet Senator Kipchumba Murkomen and Nominated Senator Soipan Tuya to Cabinet would tilt the balance over the majority.

However, the push by Prof Ojienda was met with resistance by the Majority Leader who stated that “there is no single imagination under which Azimio will be the majority in this House.”

The Speaker said since he is yet to receive resignation letters from the said senators, Kenya Kwanza will maintain the majority in the House.

“I have not received any notification from any senator that they have resigned. The resignation of honourable Wetang'ula did not tilt the balance and therefore my communication was right and in fact, Azimio did confirm in a letter that they are in the minority side,” he said.

However, the same was not maintained when selecting members of the SBC which included Roba despite UDM having not legally severed ties with Azimio.

“You will have contradicted your earlier ruling Mr Speaker by saying the Kenya Kwanza side is the majority because the principal in 191 (f) talks of seven senators that reflects the strength of parties in the House. The minute you have four out of seven coming from Azimio, Mr Speaker you are saying Azimio is the majority,” said Homa Bay Senator Moses Kajwang.

Kajwang argued that members expected to serve in the SBC should be people who pass the test of integrity and acceptability across the political divide and the selection of the committee, "should not be a partisan matter."

"I will oppose a situation where former governors are sitting on select committees that are supposed to oversight matters in this House. Mr Speaker, how I wish the leaders of both sides can agree so that we can come here tomorrow and have an SBC that will stand for the institution called the Senate and not for political formations," said Kajwang.

Echoing Kajwang’s point, Azimio allied senators pleaded with the Speaker to reconsider his decision even as the rival coalitions claimed that UDM and Roba belonged to their respective side.

“I have it on good authority from the leadership of the minority side that the name of Ali Roba did not originate from the minority side. We therefore would not want to begin on this particular note where even the constitution of a basic committee such as the business committee does not follow our own standing order,” said Nairobi Senator Edwin Sifuna.

Nominated Senator and UDA Secretary General Veronica Maina argued that UDM is a bonafide member of Kenya Kwanza and their allegiance has not been challenged in a court of law.

The Speaker argued that the issue surrounding UDM’s allegiance is political and thus something he does not want to be part of.

“To a senator nominated by a party or by another party is a matter of internal politics of that political party. Don’t invite me to that arena and this chair does not dance in that arena. We cannot prosecute a matter I have already ruled on,” said Kingi. 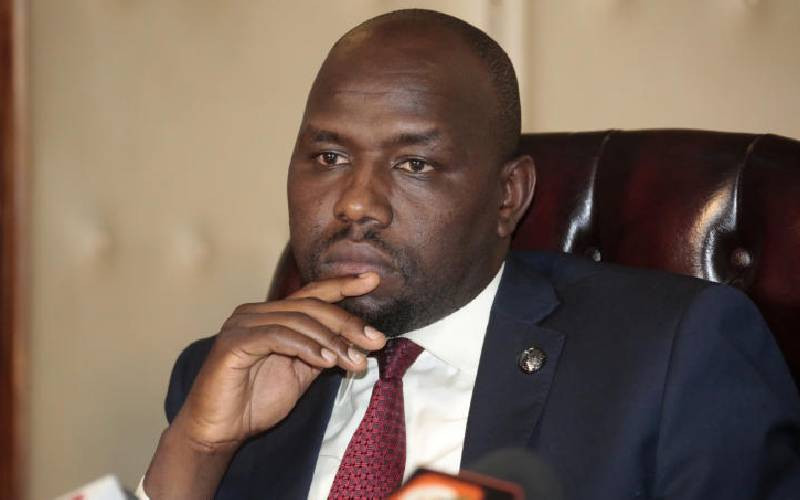 By Stephen Rutto and Boniface Gikandi Nov. 25, 2022
Politics
UDA to hold primaries in race to succeed Murkomen and Wahome 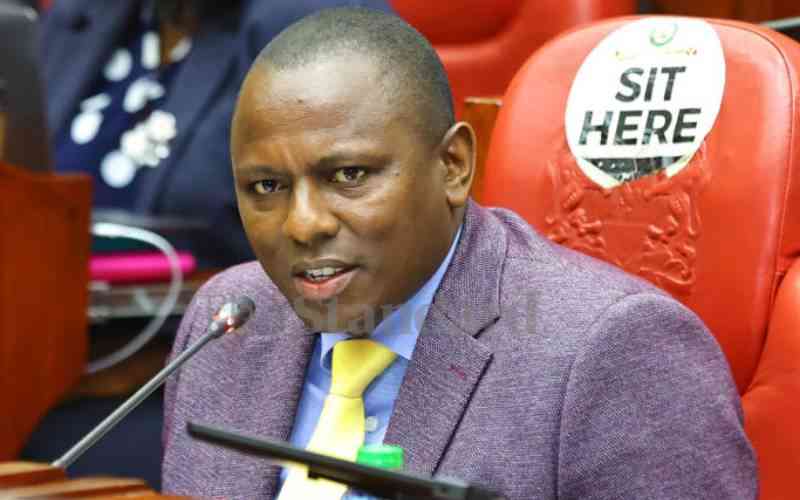 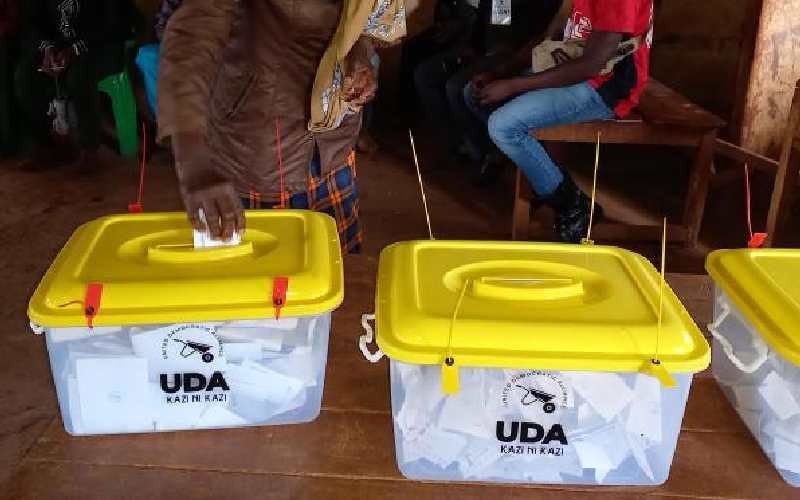 By Boniface Gikandi Nov. 24, 2022
Politics
Thirteen aspirants to face off in UDA nominations for Kandara seat
.