Dorcas Rigathi: From house help to spouse of Deputy President

When Pastor Dorcas Wanjiku Rigathi talks about her husband, Deputy President-elect Rigathi Gachagua, a bout of cheer erupts and flashes across her visuals and vocals.

Her intonation matches the contours of the journey travelled, the trials overcome, the conquests made, the prevailing struggles and the dreams of the immediate future.

For 35 years, the power couple has stayed close, shadowing each other and raising a family together. And now, they have made history as the country’s second family after Deputy President William Ruto won the election to become the country's 5th President after Uhuru Kenyatta.

The journey thus far, Dorcas said in an earlier interview, has been a streak of miracles. On the very first day she met Rigathi, she was on a suicide mission.

“At the time I was downcast, weighed down by misfortunes. It never rained for me and my family, it poured! The trip was supposed to be my last under the sun. I had laid everything in motion in my head, and waited on the moment,” she says of a July 1987 university students trip to late President Daniel arap Moi’s Kabarnet Gardens home.

He had gone around the universities in a bus collecting fellow students for the trip, and ticking their names at the doorstep as they boarded.

“I still remember… he wore a suit and a brown tie. I thought he was quite interesting,” she recalls. Once at Kabarnet Gardens, Dorcas set her plan in motion; and darted off the convocation, making a beeline for the person of Moi. In her estimation, the president’s security would not take it lying down and would open fire on her.

“They did not even have the chance to stop me. When Moi saw me sprinting towards him, he stood up, and waited for me. When I explained myself after bumping into him, he said I should never imagine killing myself, that life had twists and turns, and encouraged me. He told me a lot of things, including his own story. In the end, I saw life in a different way.”

Administrator and a politician

It did not end there. Moi asked her to see him at State House the following day, together with her parents and siblings. And shock on her, when she turned up, she found Rigathi there, together with his mother on a different mission.

This is the coincidence that set her up to a lifelong affair with Rigathi, who later become a public administrator and a politician.

“They must have discussed about me with his mother or something. He thought what I had done the previous day was quite courageous. That is the first time I saw my mother in-law,” she says.

Before that, her life had been turned upside down; from a daughter of a fairly wealthy man who ran thriving businesses in Nakuru to a domestic worker in her Murang’a village to living in Kiandutu slums in Thika.

In the course of his transport business, her father was jailed over lost cargo that was in his custody, on its way to Dar-es-Salaam.

“My mother sold almost everything we had to pursue justice for him. He was eventually released after four years, and had to restart. He died of depression not long thereafter when I was 11 years old,” she recalls.

To add salt to the injury, their mother vanished for many months after this, it later turned out that she had been in hospital. During the mother's absence, Dorcas and her seven siblings had to work for relatives to fend for themselves, and living with their grandma.

“We slept in a chicken pen at our grandma’s place. Some relatives didn’t want us to stay with her but she wouldn’t let us go…. In fact, one of my sisters died out there, of pneumonia,” she recalls.

She says the experiences she went through those days forged her lifelong desire to work with widows and the underprivileged. She believes they were mistreated purely on account of her mother’s status as a widow, and fears that her brothers would claim inheritance.

She underscores one particularly riveting act of mockery: “It was Christmas time when children are cheerful. One of our relatives came with two, very nice dresses, ready-made. My sister and I were same age as his children. He gave us the clothes to try on and we were excited to remove the rugs we had.

“When we came out, turning around, he told us… when you think about yourselves, do you really think you deserve these clothes? We were told to remove them in front of everyone.”

When their mother came back, they moved out to Kiandutu slums where she set up a small business as they attended Mungumoini primary school.

At Kiandutu slums, life was slightly better, except for the indignities of slum life, including washing clothes and waiting for them to dry while semi-dressed. For all the struggles, she says, it was a miracle that she and her brother passed their primary school exams and was selected to join Alliance Girls and Alliance Boys respectively.

But they did not have money for school fees. “I remember my mother telling us we shouldn’t worry, and that somehow help would come through. True to her, at one high noon, our then DO, a Mr Kibathi came by, and told us he had heard our plight, and paid our fees for a year,” she says.

At Alliance, she says, she was allowed to make and sell table clothes which supplemented bursaries. Her elder sister who was helping out died the year she reported to Alliance Girls, further complicating the situation.

Later she moved to St Francis for high schooling before proceeding to KU to study education. “I shook him off several times. On our first date, I insisted on paying for my dinner. He complimented me for it, and said he thought I could make a better mother. I was fascinated at the thought,” she says.

She remembers her days at KU with nostalgia. The stipend the government was giving students at the time; boom, came in handy for her. “It was sufficient if you were not into pleasures. I moved my mother from Kiandutu to a one roomed house in Thika town,” she recalls.

At the close of 80’s, she cleared university and got married to Rigathi. She also secured a job at Cooperative Bank, joining the agriculture department of the bank as a junior officer. At the time, Rigathi had started out as a young administrator in Moi’s government.

They started out in one roomed house in Kahawa, before moving to a two bed-roomed house.

In those early days, Rigathi was transferred to Gichugu, in Kirinyaga, and she moved to Nyeri Coop branch where she joined her mother-in-law in farming.

“She was making close to Sh300,000 a month from French beans, cherries and the like. She would hire land to do more of what she was doing. I helped her,” she says.

By this time, she was already a bank manager, getting a modest salary and enjoying the other perks that came with a bank job. In 1992, they went back to Nairobi with Rigathi at Office of the President and her at Coop headquarters as a manager heading the special duty department.

“It’s at that time that we had bought a plot for our Nairobi home. We combined our Sacco loans, and every month we would pour stones. It took us five years to build the house,” she said.

She says despite the good jobs they were holding, they tried many things, besides making and selling sweets. They started a furniture business and partnered with Uchumi Supermarkets to display their wares in all branches. Rigathi went big on wheat farming and land selling, she says.

In 2006, she quit the bank job to take care of family business, but also to serve God. She had been a lay pastor at House of Grace church for some time. She says her quitting was a call to a higher duty.

“God spoke to me, and reminded me that I had made a vow, that everything I had asked for, a husband, children, a home, I now had it all. And indeed, I had made the vow, and promised I would serve Him wholeheartedly if he gave me what I wanted,” she says.

At House of Grace, she concentrated on the widows’ ministry which she says gave and still gives her immense joy. She says the recent pressures of politics, her husband getting nominated as a presidential running mate, and the noise around it, does not bother her much.

For the longest she has known him, he was always in politics. She has come to terms with the demands of the job, including the negative vibes around politics. It’s all part of the package, she says, and works in the end to the good of them.

“I consider him a very serious politician. Remember he also studied political science. He connects quite well with the people, and he’s good with the language. He never went to politics for his own sake or ours, he has a passion for helping the people,” she says.

She says Rigathi speaks the language of the people, and their immediate concerns. When he was caught in the nomination marathon, she says she prayed for her all night long. She says she knew it would all work to his good.

And when he came out successful, life changed around them: “When I was praying for him to be a running mate, I knew I was asking for more responsibilities. Now life now is not the way it was and people expect us to behave in a different way,” she says.

She takes note of what is said or written about her husband. In the recent past, Rigathi has attracted harsh social media commentary, through his words. The rice remarks, the six piece advocacy, and the promises to the youth.

“We have grown a thick skin for it. He himself is a seasoned politician. All these are instigated to narrow his scope and to slow him down. Of course its all twisted, because we know him. I for sure know him,” she says.

She’s not afraid of hitting the political stage to support him.

“If he asks me I will go… there is nothing big about politics that I don’t know. Politics and church are not far apart. There is no kingdom without politics. The first politics, the king and the prophet came together.”

She says she looks forward to working with the youth, protecting them from exploitation but also in creating spots for them to unleash their potential. She’s most proud of Ruto’s wife Rachel, whom she describes as serious and silent powerhouse.

“She does not speak much about what she’s done but she’s impacted many women. She’s doing an amazing job at prisons, silently. Beautiful stuff. Her heart goes out to the vulnerable. She’s also a serious intercessor,” she says.

When Dorcas is not preaching across the country, telling her life story to encourage others, she is at home.

She says while they go for holidays once in a while, their real joy is in staying indoors at their Nairobi or Nyeri homes.

She takes pleasure in ironing Rigathi's shirts and would iron them even when they are brought in from drycleaners. He says the feeling is mutual between her and Rigathi: “If he picks up a creased shirt to wear, you will find him looking for me to iron it for him.”

He says her husband loves mukimo and vegetables. They walk together every morning, and exercise together at the home gym. Together, they have two adult boys. “My childhood is my biggest testimony,” she says.

By George Maringa 9 hours ago
National
We will not allow inappropriate building, Karen Association warns 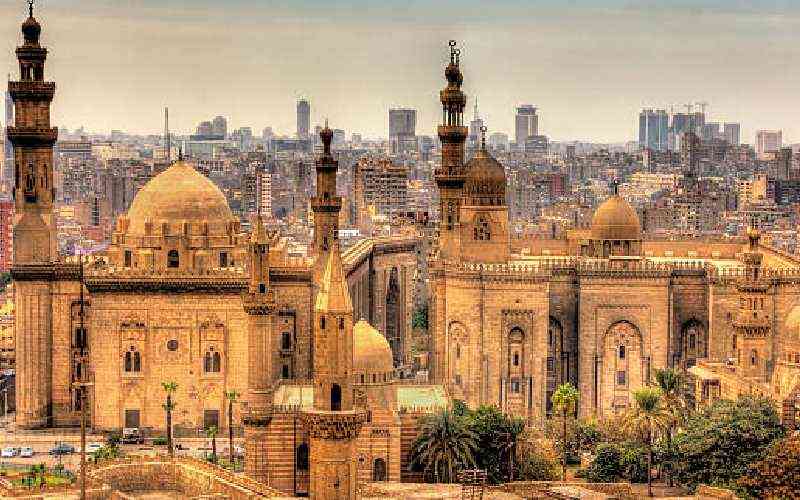 By Washington Onyango 7 hours ago
Hockey
Hockey: Kisumu Lakers keen to bounce back after poor start