Nairobi decides: The winners and the losers

After receiving his certificate at the Multimedia University constituency tallying centre, Jalang'o expressed his gratitude to the electorate saying he will be a representative for all.

He said the vote signified the trust in him and Azimio la Umoja One Kenya Alliance presidential flag bearer Raila Odinga.

Kajwang retained his seat, which he has held since 2017, after garnering 50,260 votes on an Orange Democratic Movement (ODM) ticket.

Security personnel could not contain the wild crowd, which only cooled down once Kajwang intervened.

Karauri, who vied as an independent defeated the incumbent MP Mercy Gakuya of Jubilee Party who was third with 24,790 votes.

It was a tight race as he defeated the United Democratic Alliance's (UDA)John Njoroge with a margin of 1,962 votes. Njoroge garnered 30,444 votes to clinch the second position.

In Kibera Constituency, Peter Orero of Orange Democratic Party was declared the winner.

Mariga who was running on a United Democrat Alliance Party garnered 20,049 votes.

The current Member of Parliament Bernard Okoth came third with 18,901 votes running as an independent.

There was tension at PC Kinyanjui Technical Training Institute where Waweru attempted twice to stop the tallying exercise claiming the process was fraudulent.

The former MP claimed that there was tempering of ballot papers to deny him victory.

He alleged that apart from his agents being thrown out of the tallying centre the previous night, there was stuffing of extra ballots in favour of Kiarie whom he accused of sponsoring violence since voting day.

"They have also stolen three ballot boxes which are still missing yet the IEBC officials are tallying votes without giving an explanation about the missing ballot boxes," said Waweru.

At one point, Waweru engaged police officers in a scuffle after his agents were denied access to the tallying centre where security was tight throughout the day.

Despite calling for the suspension of the tallying for an audit to be conducted over the alleged fraud, returning officer Roselyne Kasane released the results a few minutes before 5pm.

In Embakasi East, Babu clinched the seat for the second time.

Embakasi East has 154,599 registered voters but the turnout for August 9 polls was only 60 per cent.

According to IEBC statistics, 90,403 participated in the exercise.

"I thank God for another opportunity to serve Embakasi East, I will serve all equally and tell those who lost to join us in working for the people," Babu said.

"This was just like any other contest that produced a worthy winner, from now onwards, I and other elected leaders will embark on development issues," added Babu 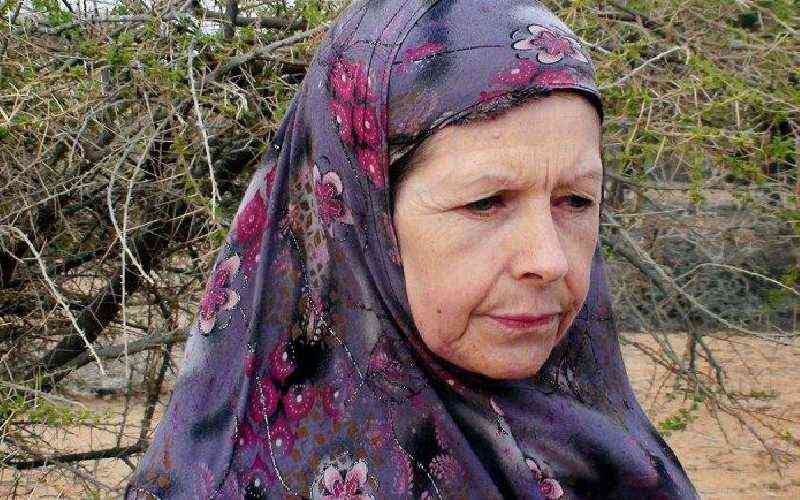 By Daniel Wesangula and Kamau Muthoni 3 hours ago
National
Premium Judith Tebbutt: I feel an innocent man was jailed over my kidnap

By Julius Chepkwony 7 hours ago
National
Premium Fraud: When parents bear the burden of their children's actions