Nairobi
By Josphat Thiong’o | 4 months ago

City Hall has maintained a studious silence despite its assets totalling Sh4.3 billion at risk of being auctioned to repay some loans.

A ruling by the High court last week muddied the waters for the 58-year-old seat of power, after KCB bank was given the nod to auction the Nairobi County Government assets over the multi-billion-shilling debt owed to it.

City Hall, now finds itself receiving the short end of the stick and its immediate future clouded by angst.

It is a situation that is familiar for City Hall, yet the county finds itself on the wrong side of the equation, and in line to receive a dose of their own medicine.

The High Court has granted KCB orders to seize and auction Nairobi county’s assets for defaulting on a Sh4.3 billion loan.

Justice Chacha Mwita gave the orders last week Friday after KCB sought the court’s intervention after City Hall failed to honour the final decision of an arbitration process that awarded the bank the amount.

“In the circumstance, therefore, having considered the application, the response and submissions as well as the law and the decisions relied on by parties, and upon giving due consideration to all those, the conclusion, I come to is that the application dated October 2, 2020 has merit,” ruled Mwita.

The loan was initially provided to the defunct Nairobi City Council by Equity Bank. It was later inherited as a debt by the Nairobi county government following the advent of devolved governments in 2013.

The money was supposed to help pay off statutory debts to allow the city council access Local Authority Transfer Funds, which represented resources previously provided by the national government before the creation of counties to boost service delivery at the grassroots.

KCB then bought the loan from Equity in September 2014 and offered better repayment terms to City Hall.

Some of the perks of the new arrangement was that City Hall was given more time to repay the loan: KCB increased the maturity period to eight years at an interest rate of 13 per cent. The bank also gave the county a six-month grace period before it could start servicing the debt.

The county government however defaulted on payment of the loan in subsequent years as a result of a dispute between the two parties. The matter was then referred to an arbitrator, who made a decision on November 12, 2019.

A look at the Nairobi county budget reveals that a huge chunk of its monies go towards payment of salaries to its over 12,000 employees, leaving little or no funds for payment of debts. It has in subsequent years been forced to craft supplementary budgets to cater for the payment of pending bills.

The debt owed to KCB is however just but a tip of the iceberg as it represents a 5.5 per cent of the total Sh78.1 billion debt owed to third parties by City Hall as of December 2021.

The debt has accumulated since 2014 as a result of the accruing interest and penalties charged to statutory creditors.

Nairobi Governor Anne Kananu and the Finance CEC Allan Igambi did not respond to our inquiries for comment on the matter.

Ms Kananu now has to consider remedies such as selling off publicly-owned assets in order to settle the debt. The county could also engineer structured engagements with KCB so that it’s given more time to pay the loan.

A third option would be to conduct a debt swap to reduce its liability. However, City Hall could still appeal the High Court ruling.

This is however not the first time that City Hall finds itself in the red over ‘poor’ financial practices.

At one point in 1983, the former Nairobi City Council was dissolved over wanton corruption and the affairs of the city placed under the care of a commission. This was in 1983 when graft was in vogue and dishonest chief officers had their days.

The then Local Government Minister Moses Mudavadi, acting at the behest of President Moi, dissolved the council in March that year.

Before dissolving the council, the minister suspended Mayor Nathan Kahara, his deputy Chadwick Adongo and all councilors.

A probe that ensued revealed that despite lack of services, the council had a workforce of 17,000 employees. They earned more than Sh30 million in monthly salaries and Sh21 million as overtime.

In the build up to the dissolution, there was heightened protests from the public over lack of water supply and bungled garbage services.

At some point, a huge water project funded by the World Bank was delayed for more than a year as chief officers and councilors squabbled over lucrative tenders.

It was also during this era that unrivaled land grabbing struck the capital with chief officers and councilors unilaterally “gifted” away plots that were meant to play host to clinics, schools, playgrounds, recreation and other public utilities.

These practices not only sank the capital into financial ruin but robbed it of its sheen and reputation amongst its African peers. 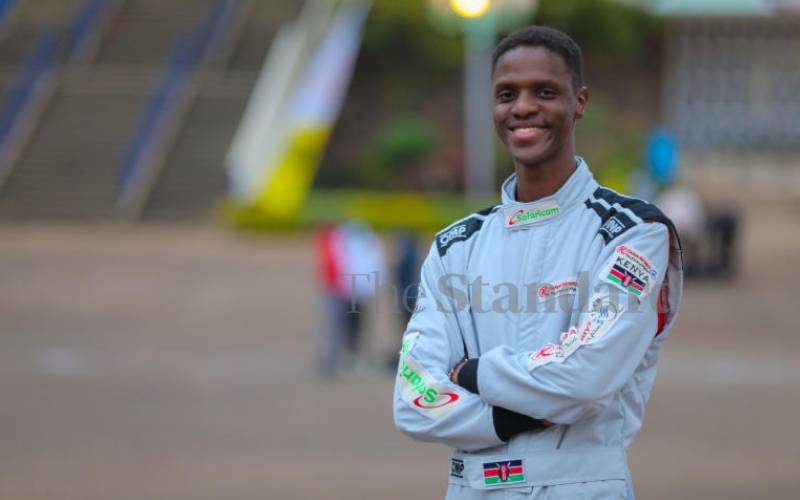 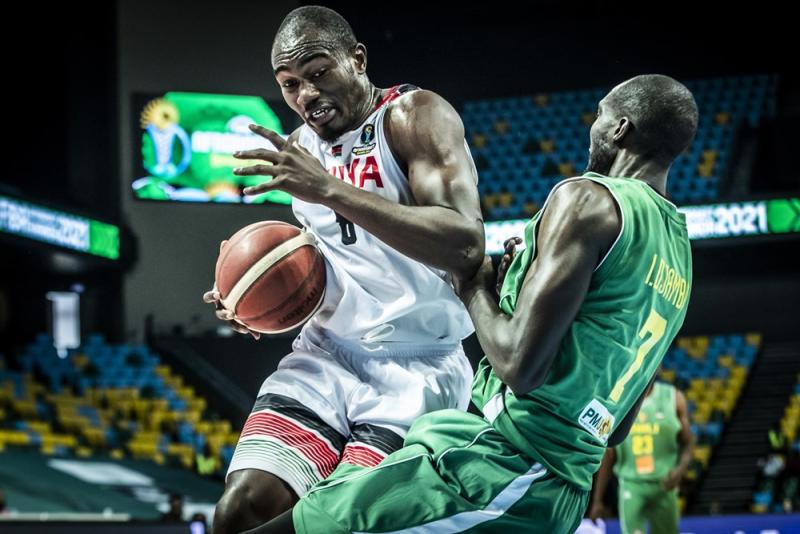 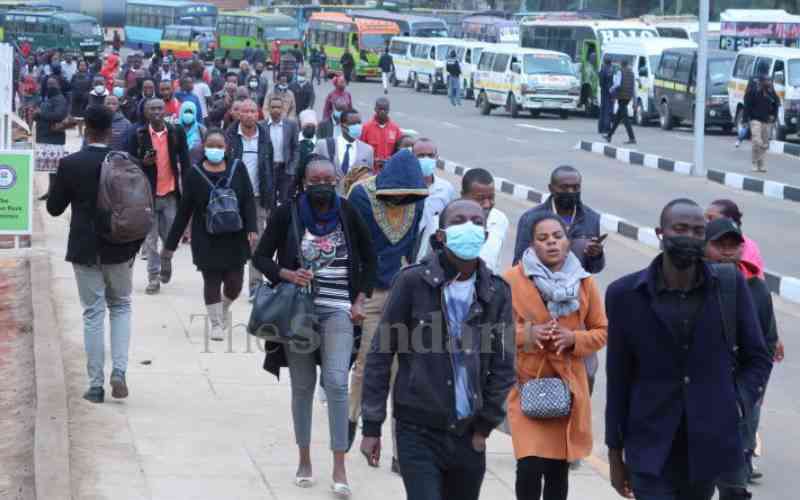 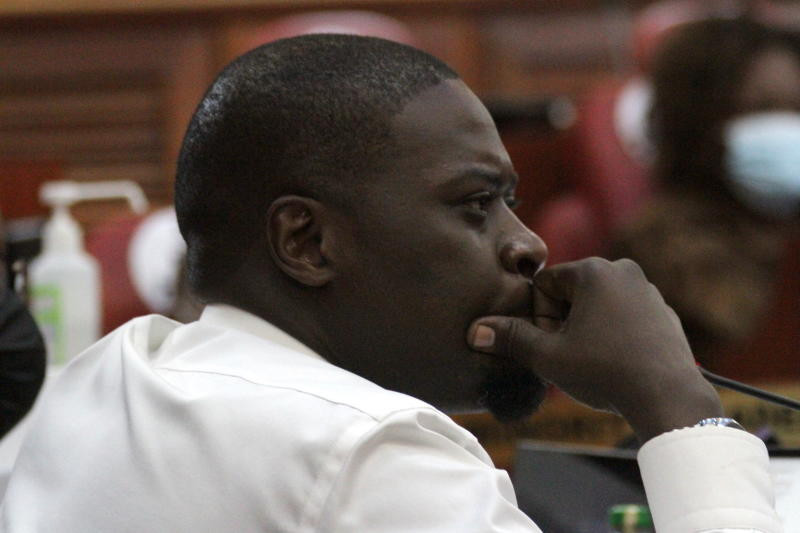 By Barrack Muluka 11 days ago
Politics
Crucify him: And Sakaja was boiling 'degrees centigrade' 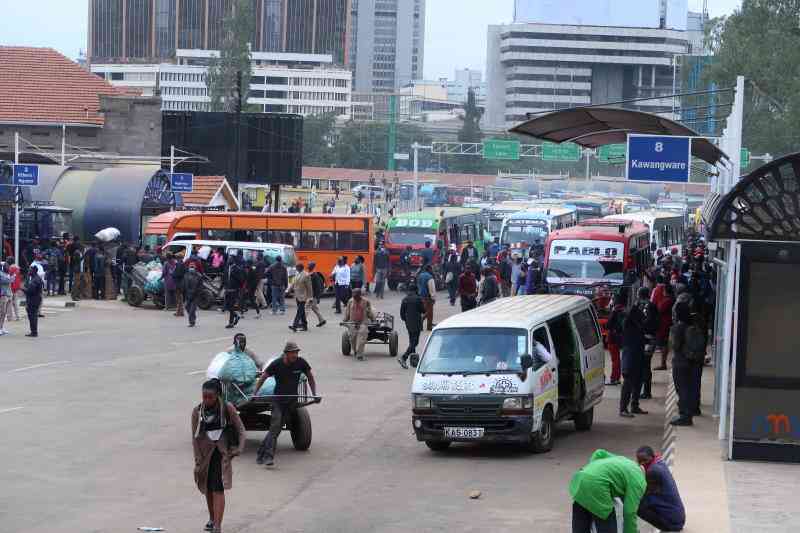