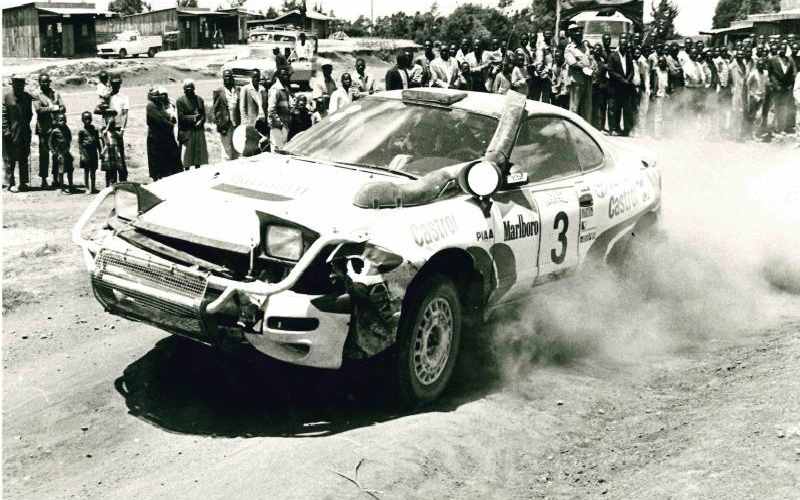 From automobile enthusiasts to party fanatics and adventure addicts, everyone is facing Naivasha as the Safari Rally kicks off today.

Picture this: Four days, four nights. Camp and food villages. Jam sessions with reggae and Amapiano electrifying the cold night. Waking up to dare devil rally drivers slicing through the scenic views. It is a festival all right.

Hoteliers and entertainers are looking to make a killing as the World Rally Championship’s Safari Rally, one of the region’s oldest spectacle, makes a comeback 19 years after it was last held.

Tenting facilities in some of the hotels are going for up to Sh12,000, and they are all booked. With more than 30,000 local and international tourists expected in the area, it is a little late to try get a place to lay your head in Naivasha this weekend.

And while the long weekend is anchored by the Safari Rally, there will be just as much action away from the fast cars. Top deejaying units have their wheels of steel set up as fun-thirsty fans pitch camp.

As car brands compete for the prestigious FIA World Championship glory, locally, memories of an event that used to be the hallmark of Easter have been reignited.

It is a story that dates back to 1952 when Eric Cecil, the founder of the Safari Rally, and his cousin Neil Vincent came up with the motorsport competition idea. Come the following year, the inaugural Safari Rally, then East African Coronation Rally, was born to commemorate the coronation of Queen Elizabeth II of England – who had been on holiday in Kenya the previous year when she learned of the death of her father, King George VI.

Renamed the East Africa Safari Rally in 1960, the motorsport racing event was dubbed the toughest in the world, with the 2003 edition mopping through 5,000 kilometres across Kenya, Uganda and Tanzania. Come 1996, the race was reduced to feature about 1,000 kilometres that comprised segments and stages through which cars were timed. A number of spectator stages were set up, to the delight of fans.

To many Kenyans, the Safari Rally rekindles memories of Easter holidays when the race used to be held. The fun included cheering drivers on in a do-or-die endurance battle as they rocked through rough roads with muddy river crossings, sometimes hot dusty gruelling sessions and the occasional wildlife scare. 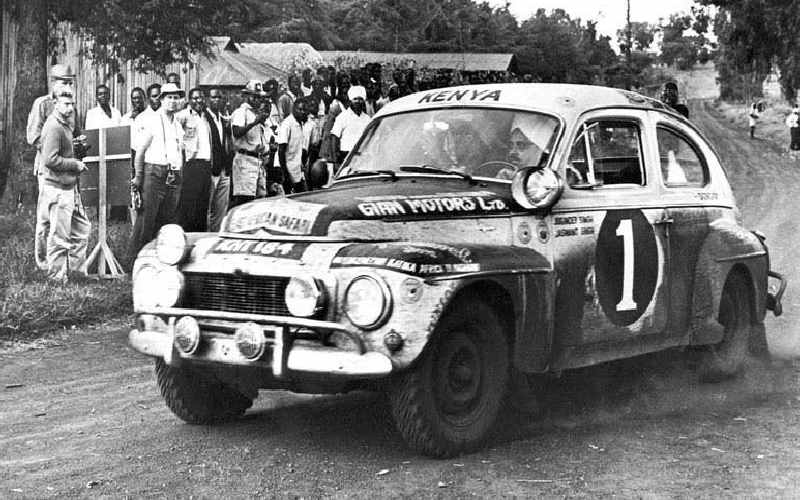 It was the ultimate test for man and machine, a family show that fascinated many as sleeping villages in rural Kenya came alive.

To the world, the Safari Rally was a showcase of Africa that combined breath-taking sceneries and diverse wildlife as well as the rich culture.

“I recall those days when the Safari Rally would be the event everyone waited to watch over Easter holidays. The circuit was really long. It would cover a number of regions across Kenya and so everyone would have a chance to view the cars as they raced through villages. The fantasy we all had was cheering our Kenyan drivers to beat the visiting white drivers. A win by a Kenyan or an African driver would be a big deal,” says Sammy Mwilu, 72, who recalls how he bought a Volkswagen Beetle after it became popular after winning the 1953, 1954 and 1957 editions.

He adds, “The big local name back then was Shekhar Mehta, who is still the most successful rally driver, having won the event five times -- in 1973 and then 1979 to 1982, first with a Datsun 240Z, then a Datsun 160J before he embraced the Nissan Violet.

Car brands would be respected according to how the drivers representing them scored during the rally and that is how the likes of Mitsubishi Lancer Evolution, Ford Focus, Peugeot 504, Toyota Celica Turbo 4WD and Subaru Impreza became a hot sale after they dominated podium slots over the years.”

Sammy recalls how gruelling and punishing the rally was to competing drivers. Some sections used to be covered in deep and muddy stretches that made it exhausting even for the most experienced drivers.

“As children following the rally in the 1990s, it was fun watching cars splashing mud or getting stuck and getting villagers helping them jump-start. I recall a driver hitting a cow and another flying into a tree after it went airborne. The rally was simply magical. It would be the talk of the village weeks after,” says Ruth Koki, 46.

“We hardly knew who the competing drivers were, what car models they represented or the countries they came from. To us, rally was simply the thrill of Easter holidays. It was a time you would bond with friends and get entertained, a break from the boring everyday village life,” says Koki.

With time, the Safari Rally of old has evolved into the modern-day Word Rally Championship (WRC), with shorter distances covered while still maintaining the dirt, rocky and muddy roads as a feature.

This year’s edition presents adventure, especially the notorious ‘party-after-party’ Nairobian youth, with an opportunity to hit the road for a road trip to the tourist destination of Naivasha, a favourite of city dwellers.

It is a selling point to showcase some of the country’s breathtaking nature spots such as Hell’s Gate National Park, Lake Elementaita, Crescent Island, Mount Longonot, Crater Lake and the Kariandusi Pre-historic site, among others.

Reigning WRC champion Sébastien Ogier laid down the marker with the fastest time in...

Spain claimed the biggest win of the tournament with a 5-0 thrashing of Slovakia in their final European Championship Group E match on...