Carol Guchu, Gilly Okumu, Flavia Mutiva, Maureen Okumu and Alice Owiti all got into the score sheet as Kenya completed their rout with a massive 22-0 aggregate score.

In the opening match played on Thursday, the Kenyan ladies registered their biggest win of the Afcon test matches after thrashing Uganda 11-0.

On Saturday, Kenya were at it again, seeing off the rival East African neighbours 6-0 before completing the job with another impressive 5-0 score.

Captain Gilly Okumu finished as the top scorer in the four-day event with five goals, same as Flavia Mutiva who also doubles as the top player with the most assists.

Grace Bwire joins them with three goals, all scored during the opening day of the matches as Carol Guchu, Alice Owiti, Maureen Okumu join also with a couple of goals.

Speaking to the Standard Sports, Kenya captain Gilly Okumu said she was proud of the team’s performance which she termed has improved compared to the previous tournaments.

“The team has performed very well considering it's a young one constituting of senior players and players from the junior team. They jelled so well and we’re able to be compact as one team bringing each other’s strength out and working on the weaknesses.”

“The objectives of the team was to work and perfect the structures and improve on our weaknesses that we had on the previous tournaments, including short corners and build-up play,” Okumu said.

Kenya qualified for the 2022 Africa Cup of Nations Test matches set to be held in Ghana after five teams pulled out.

South Africa’s Justin Harding has won the 2021 Magical Kenya Open at the...

Benevento dented Juventus’ Serie A title hopes on Sunday as... 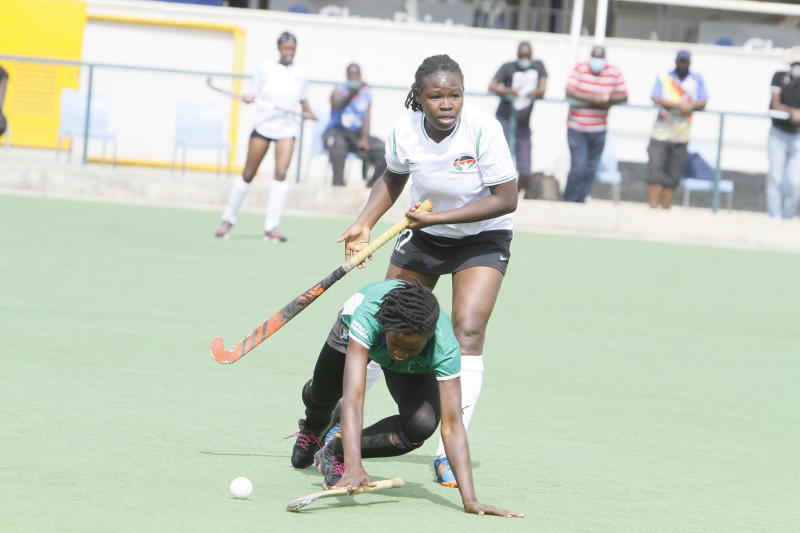