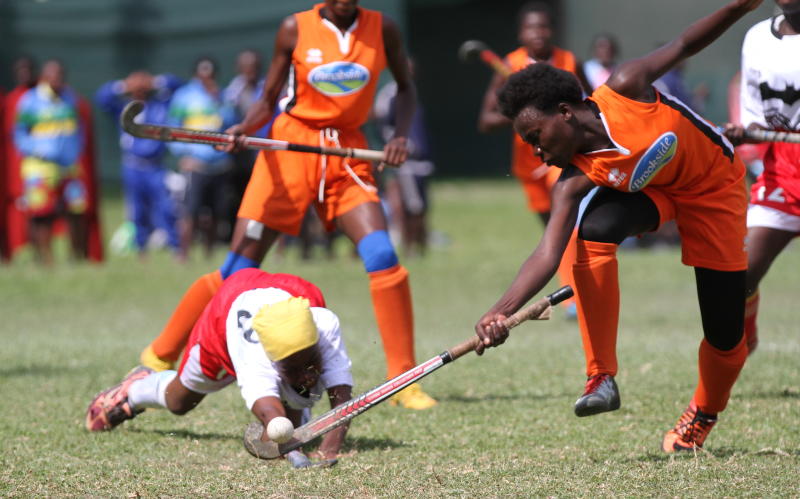 SEE ALSO: Kuira leaves past problems behind in search of stardom

Misikhu who are chasing their maiden East Africa crown send an early warning to their opponents make their intentions to bad this year's crown known with the impressive Group A victory.

St Anthony's who are eying their seventh title on the other hand had to work harder to break Meru defence in their Group A opener.

Oscar Kibet scored the winner in the 55th minute to give the champions a good start. Coastal girls St John's showed no respect for their hosts Juhudi whipping them 5-0.

In rugby 15s, on fire Dagoretti High inches closer to the title following their 32-5 win over compatriots Kangaru.

Dagoretti popularly known as Ditchez had began their campaign perfectly with a 60-0 win over Uganda's Ntare School.

Dagoretti were too good for Kangaru in the second half the first having ended 5-5.

Captain Benson Salem led the way with three tries and one conversion while Gilbert Odhiambo, Gravine George and Kimani Njenga touching down once each.

Salem said the two victory had boosted their confidence going into their remaining four round robin matches.

Today, the take on Kakamega in a repeat of the national final.

Rugby 7s champions Laiser Hill will put their title on the line as action in the shorter version of the game begins.

Kuira leaves past problems behind in search of stardom