Pigamingi: Christmas Golf Tip-the golf swing is all in the mind

The great Bobby Jones once quipped that is Competitive golf is played mainly on a five-and-a-half-inch course, the space between your ears. That is as true for competitions as it is for your regular weekend jaunt on your Clubnight round.

What he meant was that how you play your golf depends on how you visualize it.

Break that down further to how you swing is all about how you see the swing in your mind.

Most golfers get it wrong from that point of visualization. Since the ball is intended to travel towards some target, they think of propelling it straight to that target. These are hitters. 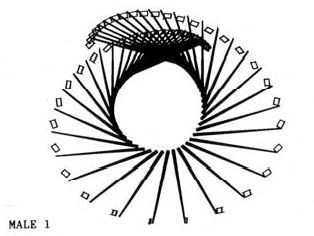 The golfing move is therefore visualized as lateral. Like a baseball pitcher throws his right arm backwards, then hurls his body forward while throwing the body forward.

Or one of a soccer hooligan fan throwing a stone! In effect, his upper body moved back and forth along the target line. This overarm action would be wrong in golf.

When we were in primary school, one of our favorite games on the way home was skipping flat stones across the surface of the Nyamindi River.

To do that successfully, on the backward energy creating a move, you pivoted your right arm by pulling your elbow close to your hips, such that the elbow is forward of the hand.

You then released the stored energy by releasing the arm, the elbow pivoted on the hip. Experienced Golfers will recognize this underarm motion as the same one in golf we call releasing lag. The body hardly needs to move backward and forward. 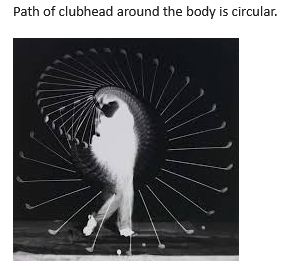 The picture gets even clearer when you replace the image of your clubhead from that of a boxer’s punch travelling along the target line, to one of David hurling a sling at Goliath.

The path of the stone on a sling around David’s body, is a circular path, like a Discus thrower. Now, picture your clubshaft as a soft, whippy sling, rotating around your body on a circular path. In reality, the circular path is slanted since you are bending forward.

The stone, or in this case the clubhead, "just happens to find an object in its path" just when it reaches the lowest point of its path, smashes through it and continues with its journey. Since the clubface is lofted upwards, it whips the ball upwards and forward without you having to make a deliberated forward movement. Your body should not move backwards and forth.

Keep these pictures in mind next time you are on the range using a wedge. Make some half swings up and down, with your feet together. Just focus on pivoting the right elbow on your waist. Allow your feet and knees to dance as weight shifts right then left. The resulting swing will surprise you. The golf swing is all in the mind.