Pigamingi: Matchplay Golf archaic, not worth of a national championship 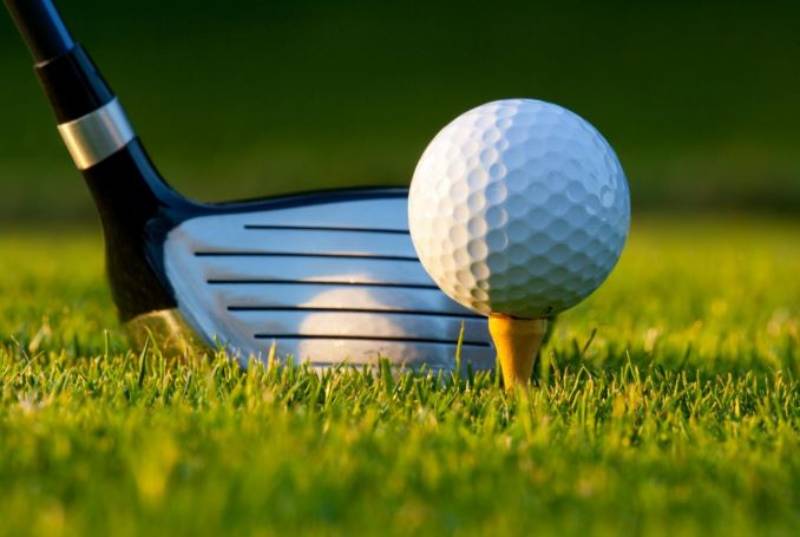 The Kenya Amateur Matchplay Championship held last week was unnecessary, achieved nothing, was a waste of time and resources. We are just kicking the can down the road towards no particular target.

This is because Championship Matchplay golf is dead. Matchplay belongs to your friendly round with friends, where the score against Par does not matter, only who made less of a mess.

It is not an accident that out of the hundreds of PGA tour golf championships played every year all over the world, less than five are of the Matchplay format.

Note that none of the four golf majors is Matchplay. On the US PGA Tour, only one event, the WGC Dell Championship is played in a Matchplay format. At the ultimate world stage for sports, the Olympics, the golf competition is strokeplay not Matchplay.

The only other time Matchplay is heard of is during the overhyped USA versus Europe event called the Ryder Cup, which is essentially a family fun event not a Championship.

The consolation event for other minnows and minor golf countries, the President Cup, has no mojo and is a pale replica of the Ryder Cup.

In a time long gone, when the game of golf was being developed, Matchplay was the in-thing. Golf clubs used to organise exhibition matches between visiting professionals and the ensuing battles were truly exciting and drew large crowds.

The eldest of our Kenyan golfers may remember Shell's Wonderful World of Golf events, a televised series of Matchplay golf duels that was sponsored by Shell, the oil Company all over the world in the 1960s and 1970s.

One of the events played in 1969 was held in Kenya at the Karen Club and featured a three-way duel between Roberto Vincenzo, Bert Yancey and Tony Jacklin.

This was probably the high point of Kenyan golf ever until the Kenya Open joined the European Challenge and European Tours decades later.

There is a certain allure to Matchplay golf.  It is golf’s version of two gladiators facing off in a one-on-one duel. The human factor comes into play and the competition is not just about a player beating the course, but also your opponent.

This is why it happens every day in our courses. Some club golf bandits are actually known to make a living out of it. Beware those former caddies, especially those who carry a 3-iron.

The way it works is that two or more golfers agree on a formula to level the difference in their handicaps usually by awarding the weaker player some strokes, then play for a bet or wager.

Some golfers in our lot are so into golf betting that their definition of golf is betting and will not play unless there is a bet involved.

Not that betting on golf is a must, but they make you feel that way if you join them or they join your group. Only suckers accept the challenge.

The competition itself can get nasty. Matchplay sometimes brings out the worst in some golfers, some engaging in intimidation and unsavoury gamesmanship.

If there is one scenario where cheating is certain to happen in golf, it is during Matchplay that has bets laid.

The drama continues after the match. Those not so gallant golfers relish shouting across the nineteenth hole to the player that they beat, to pay off the bet. And they do it loudly and annoyingly for all and sundry to hear. Bragging rights, they call it.

That is ungentlemanly and poor golf etiquette. But it gives the weekend warrior an opportunity to stroke his fickle ego that he is a winner.

While Matchplay Championships used to be popular in the past, times have changed. Championship golf today pits the golfer against the course, the goal being to post the lowest score no matter how your fellow competitor plays.

Matchplay golf has one inherent big problem that has led to its demise: Instead of rewarding the player who posts the best score against the course, the winner is the one who plays “least bad” golf! That is not championship golf. It is mediocrity.

How does playing double-bogey qualify for a win just because your opponent crashed with a triple bogey? What merit is there? That is mediocre sporting.

So what if that has been the past practice? It does not make sense today. Change it. You can introduce a links style championship to replace it.

The champions in the Kenya Amateur Strokeplay Championship more often than not have to score below Par. Not so for the Matchplay counterparts who can even afford to scratch several holes.

The focus on Matchplay and betting by our elite amateurs and pros in their everyday golf is a big part of what has ruined development of proficient golfers in Kenya. A low score does not matter: just a better score on some holes.

In the first round of the 2020 Kenya Amateur Matchplay Championship played at the Vet lab Kabete Course, none of these Elite Amateurs, the future Pros, broke par. There were only a couple of 71s and a couple of 72s.

Second-round scores were even worse: the best score was a single 73, everybody else shot 75 and above. Seriously? The Kenya Open needs to set a qualifying mark. None of these golfers are worthy of a European Tour event.

The Vetlab course is currently in superb condition, the fairways are lush which requires golfers to play imaginative, precision shots. These golfers failed, having gotten used to playing garagaria golf.

And Vetlab is not even a long course. Factor in the location at five thousand metres above sea level and it is effectively even shorter. There should have been a birdie fest, a massacre of the course.

These results reveal the low level of proficiency in our golf among the elite amateurs and professionals. Despite all the hype, the truth is that our golf is in the doldrums.

Such is the folly of doing things “the way they have always been done”, kicking the can down the road while ignoring the fact that times have changed.

It’s time to get rid of the Kenya Amateur Matchplay Championship. It serves no legitimate purpose in the effort to identify our best Amateur golfers who are worthy of an opportunity of playing at our National Open, now a European Tour event.

LipOuts: It is totally unacceptable and gender discrimination that our Elite Amateur Women are barred from participating in the national championships. These championships are meant to identify the best golfer in the country, be it the Kenya Open, the Kenya Amateur Strokeplay or Matchplay Championship.

Hello! It’s the year 2020, not 1900! Women now participate in all open sports and competitions. Babe Zaharias competed against the men way back in 1938 at the Los Angeles Golf Open.

More recently, Annika Sorenstam, Suzy Whaley, Michelle Wie and Brittany Lincicome have teed it up against the men.

This is exactly why The Kenya Golf Federation needs to take over its mandate of running National golf. It’s time for new thinking and new ideas. We can’t keep doing the same thing over and over again and expect different results! For fifty years.

There is a catch though: Everybody hits from the same Tees.

By Maarufu Mohamed | 3 days ago

By Maarufu Mohamed | 9 days ago

By Mike Kihaki | 9 days ago

By Ochieng Oyugi | 13 days ago