Defending champions Tusker kicked off the 2022-2023 Football Kenya Federation (FKF) Premier League campaign on the front foot after edging off Kakamega Homeboyz 2-1 in the season-opening match played at Bukhungu Stadium in Kakamega on Saturday.

Lawrence Luvanda and Jackson Macharia struck in each half as the 12-time champions begun the season sharp despite being forced to relinquish their supposed 13th title they won last season. Christopher Masinza scored Homebyz’s consolation goal.

In the troubled 2021-2022 season, the brewers and Homeboyz staged one of the toughest title races in recent history as Tusker overturned the massive lead held by the Kakamega-based side to claim the title only for the season to be annulled.

The reinstated FKF National Executive Council on November 9 nullified last season's leagues which were run by the FKF Caretaker Committees.

The Brewers won last season's title on the last day of the campaign, beating Kakamega Homeboyz to the crown on goal difference. Tusker had also won the 2020/21 title and were seeking to three-peat.

In the match, Tusker took the lead in the 28 minutes after Homeboyz backline handles the ball inside the box from an Eric Zakayo corner.

Luvanda stepped up and converted the resultant penalty kick past a helpless keeper for a 1-0 lead at halftime.

In the second half, Tusker turned defense into attack after substitute Macharia completed a counterattack started by goalkeeper Patrick Matasi from a resultant Homeboyz’s corner kick to extend the visitor's lead to 2-0.

It took the hosts 77 minutes to trouble Matasi in goal for Tusker after Masinza headed past the Harambee Stars shot-stopper as Homeboyz cut the deficit to 2-1 with slightly more than 10 minutes left to full time.
The visitors who lost 1-0 to Homeboyz in the disputed 2021-2022 season held their nerves to exact revenge in a narrow 2-1 win in foreign territory. 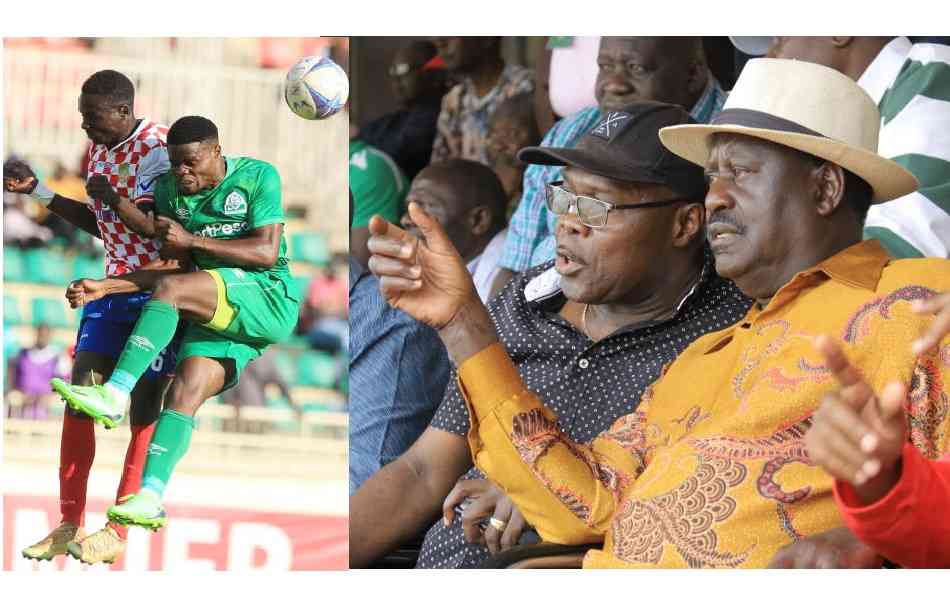