Senegal vs Egypt tonight at 10pm: Mane and Salah clash in Cup of Nations final 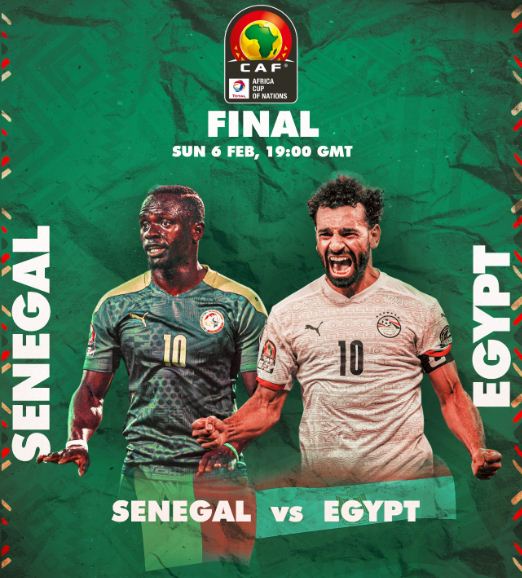 One of world football’s most exciting attacking duos will face-off against each other in Sunday’s Africa Cup of Nations final as Mohamed Salah leads Egypt against a Senegal side spearheaded by Sadio Mane.

The Liverpool pair, a combined force at club level, will be taking on talismanic roles at opposite ends for their respective countries as Egypt seek to extend their record number of Cup of Nations triumphs to eight while Senegal look to win it for the first time.

The match is being played at Yaounde’s Olembe Stadium, where eight people were killed in a stadium crush last week and that tragedy has overshadowed the tournament in Cameroon.

Salah has made no secret of his burning desire to win a major trophy with Egypt, which has so far evaded him, while Mane beamed with joy and giggled with delight at the post-match press conference after his team won their semi-final on Wednesday.

Senegal, who are Africa’s top ranked team, were among the favourites and overcame a languid start to reach the final for the third time.

They scored only one goal during the opening round but still finished top of their group and have looked efficient in overcoming their opponents in the knockout stage.

“We suffered so much with a lot of COVID cases and several injuries too. We had a very difficult time but with our experience we kept calm until we recovered the whole group,” said Mane.

Senegal were without captain Kalidou Koulibaly and goalkeeper Edouard Mendy at the start of the tournament as they recovered from COVID-19 infections.

But their road to the final proved a lot easier than Egypt, who lost their opening group game to Nigeria and drew heavy criticism from home fans for their early performances.

But they have gained momentum, edging the Ivory Coast in a penalty shootout in the round of 16; Morocco 2-1 after extra time in the quarter-final and hosts Cameroon on penalties again in Thursday’s semi-final.

"We played amid very hard circumstances but we managed to overcome all difficulties," said Mahmoud Trezeguet.

"We played 120 minutes for three straight games but we remained fully focused on getting the job done. We will play against Senegal with a big determination as we learned from the loss to Cameroon in 2017," he added.

Egypt were runners-up in the 2017 final – where Salah and Trezeguet both featured -- and won the last of their record seven titles in 2010.

They will play Sunday’s final without coach Carlos Queiroz on the bench after he was sent off for persistent touchline bickering in Thursday’s semi-final. His assistant Roger de Sa was already forced to sit in the stands after a four-match ban for fighting in the tunnel after the quarter-final victory over Morocco.

Sunday’s final will also provide the winners with a major boost before the countries meet again over two legs in March to decide a place at the World Cup finals in Qatar.