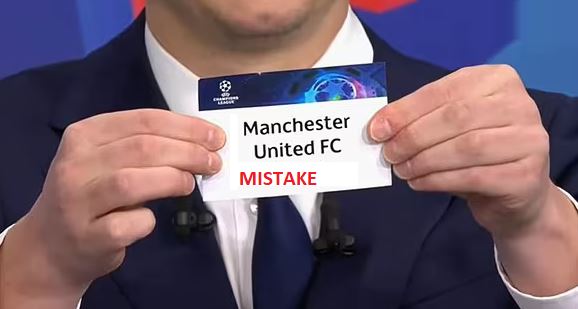 The draw for the Champions League last 16 ties will be conducted again after a technical error in the software which advises officials which teams can and cannot be paired together, UEFA said on Monday, declaring the original draw void.

Manchester United were mistakenly drawn with Villarreal, even though both teams faced each other in the group stage while the Premier League side's ball was not added to the bowl as a potential opponent for Atletico Madrid.

United were eventually drawn with Paris St Germain while Atletico drew Bayern Munich and the Spanish side had said they were in talks with UEFA seeking "explanations and a solution after the mistakes made" in the draw.

"Following a technical problem with the software of an external service provider that instructs the officials as to which teams are eligible to play each other, a material error occurred in the draw for the UEFA Champions League Round of 16," UEFA said in a statement.

"As a result of this, the draw has been declared void and will be entirely redone at 1500 CET."

The last 16 ties will be played in February and March.

Manchester United will face Paris St Germain in the last 16 of the Champions League after the draw was held on Monday, giving fans a chance to see Lio

Photos: Fans line-up at KICC to take a snap with World Cup trophy