The body of the late Sofapaka midfielder Wisdom Naya who succumbed after a long battle with cancer was on Saturday laid to rest at their Tuwan home, Kitale in a tearful sendoff ceremony.

Naya, whose talent was scouted at an early age while playing for Solidarity Boys, the St. Anthony Boys School team in Kitale where he got his education.

He led his school team to clinch several football titles including the Copa Cocacola championship where Solidarity Boys beat a Nigerian team in penalty shootouts.

The football star whose game juggling antics impressed many sustained an injury on his right knee during one of his training sessions at Sofapaka in 2020 which developed into a tumour.

His father Edward Onyango took him to the hospital and after several checkups, he was diagnosed to have cancer.

The family sought medical assistance in various medical facilities including the Moi Teaching and Referral Hospital in Eldoret, Medihill, Kenyatta National Hospital and then to India where his leg was amputated.

Well-wishers including a section of the political class made their contributions towards his medication in aiding the family that was living beyond its means just to ensure the soccer star is treated.

According to the family, Naya who had been undergoing chemotherapy sessions was scheduled for another session but medics advised that he first be treated for another ailment.

But as fate would have it, Naya succumbed to his illness on 15th, July 2022 while undergoing medication at the Cristal Cottage hospital in Kitale.

In his address to the mammoth mourners on Saturday Mr. Onyango, Naya's father eulogized his late second-born son as a disciplined boy who was the family's beacon of hope.

"We had a lengthy talk with my boy the day he breathed his last and it never appeared that he would die since he was jovial, active and appeared to have greatly improved health-wise," he said.

Onyango thanked all those who came to his aid in his time of need and challenged people to have the same spirit that serves humanity.

Naya's friends and colleagues on the pitch eulogized the departed as a dedicated player who was naturally endowed with talent and whose character impressed many.

"We will dearly miss him on the pitch. The loss is so big to the football fraternity and it is my prayer that God grants peace to all the bereaved," said Gordon Opiyo, a football player in one of the county league teams.

Area MCA Benard Wambua also eulogized Nayaand called on the government through the ministry of sports to establish a kitty that will aid sportsmen who get injured in their lines of duty.

He noted that this will help cushion families from the burden of incurring huge medical expenses whenever such injuries develop worse and amount to heavy costs.

By Associated Press Oct. 06, 2022
Football
Guardiola breaks silence on Haaland's future after reports he could already be planning a move out
.

By Associated Press 3 hours ago
Football
This Sunday at 6:30pm: Arsenal looking to pile more pressure on Liverpool 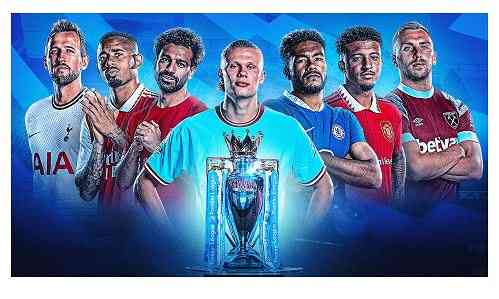