All of a sudden, the face and the voice of Jurgen Klopp turned up in the locker room of the German women's team in Milton Keynes.

In consultation with head coach Martina Voss-Tecklenburg, the Liverpool coach has sent an encouraging video message ahead of the team's semifinal encounter against France.

After the eight times continental champion fulfilled its dreams by reaching the final of the 2022 European Championships against host England this Sunday in a sold-out Wembley arena, the 55-year-old might repeat his motivative actions.

Klopp's actions not only seemed to help the entire German team spread their wings but the squad's captain Alexandra Popp.

Scoring twice against France (2-1), the Wolfsburg player leveled with England's Beth Mead to battle for the Golden Boot with six goals in five games matching the record for a single women's European Championship held by Germany's Inka Grings in 2009.

As much as the German team's final participation is a surprise Popp's rise in England comes unexpected.

It's Germany's ninth final. The eight previous ones ended with the team taking the trophy.

The striker missed out on the 2013 and 2017 tournaments due to injuries and shortly before the 2022 competition caught a COVID-19 infection and had to deal with a knee injury.

Ahead of the England campaign, she never managed to attend a game of a continental tournament.

Having lost her position in the starting eleven, Popp started as a substitute but made her way back as an irreplaceable regular and a leader.

"Nobody expected us to perform like that. But we developed into a true team over the past weeks. That's what makes us strong and gives us confidence," the German said after being named "the beast" by her teammates.

In England, Popp returned to her original position upfront after moving back to midfield for her club in the previous league season.

At the 2022 tournament coach, Voss-Tecklenburg remembered Popp's vast experience collected in 119 games in the German shirt.

The coach's strategy paid off.

Never before did a German player manage to score in every game helping to increase the goal balance to 13-1. Her leading goal against France was Germany's 100th goal at a European Championship.

Now she is talking about a dream coming true to play in one of the sport's most famous arenas in front of a crowd of close to 90,000. ■

Share this article on social media
Previous article
Basketball: Ojukwu bullish ahead of KPA date with Lady Bucks in Kisumu 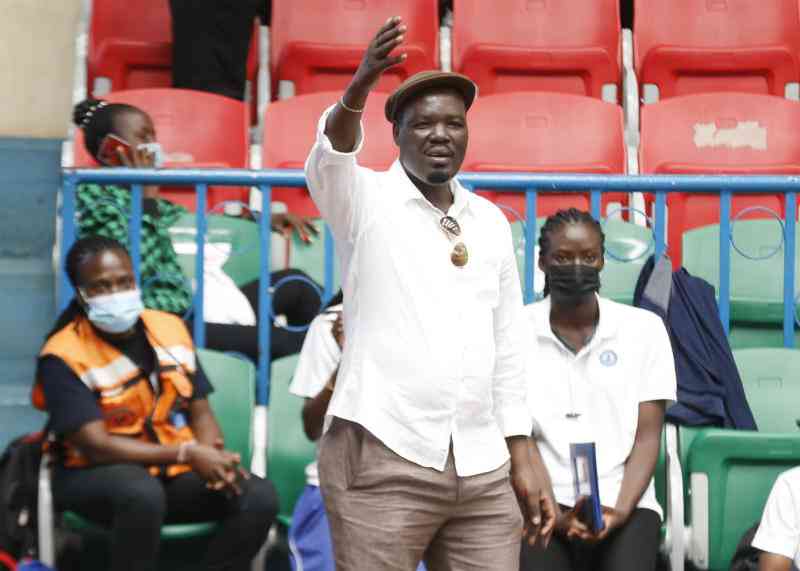