A US court on Monday (Jun 6) issued warrants for the seizure of two luxury planes owned by Russian billionaire Roman Abramovich under US measures imposed after Russia's invasion of Ukraine, court records showed.

But the US government's likelihood of gaining control of the aircraft worth nearly US$400 million was uncertain.

A Department of Justice official said the US$350 million Boeing 787 Dreamliner and US$60 million Gulfstream G650 ER were not in US custody, and the official declined to say if the US government knows their locations.

A federal judge in Manhattan issued the warrants on the grounds that recent flights violated US export controls imposed after Russia's invasion of Ukraine in February. The US Department of Commerce filed related administrative charges against Abramovich.

But the official said the warrants are likely to dissuade companies from helping to move the aircraft. US authorities are seeking to pressure business leaders close to Russian President Vladimir Putin to get him to halt what Kremlin calls its "special military operation" in Ukraine.

A spokesperson for Abramovich did not immediately respond to a request for comment. Abramovich has denied having close ties to Putin.

Because the planes were US-made, and the flights took place after export restrictions went into effect, Abramovich, a Russian national, would have needed a license from Commerce to fly them to Russia. No licenses were requested, but an administration official told reporters the department's policy is to deny such requests.

The department may seek to fine Abramovich up to US$328,121 per unlicensed flight, or nearly US$1 million for the three flights, among other penalties.

"Russian oligarchs such as Abramovich will not be permitted to violate US export regulations without consequence," Commerce official John Sonderman said in a statement.

Commerce in March moved to effectively ground Abramovich's Gulfstream, along with 99 other planes it said had recently traveled to Russia, for allegedly violating export controls.

Abramovich owns both planes through a series of shell companies registered in Cyprus, Jersey and the British Virgin Islands, prosecutors said. In February he reorganised the ownership structure to make his children the beneficiaries of a trust that ultimately owns both planes.

But he continued effectively to own and control the planes when they flew to Moscow the next month, according to the Commerce Department. 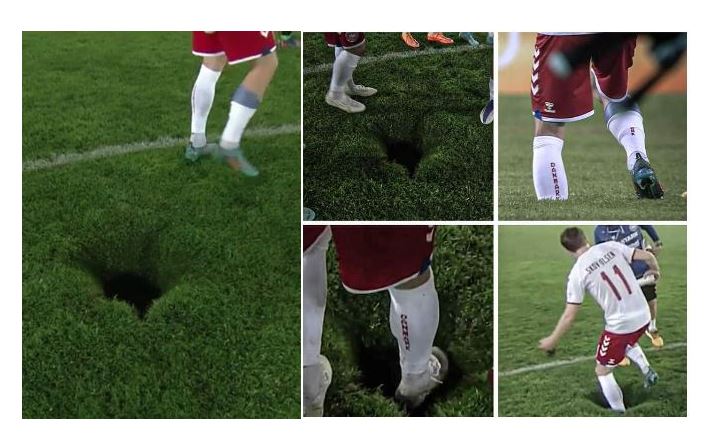 Ex-Manchester United star Ryan Giggs starts assault trial
Football
By Associated Press
9 hours ago
Malkia Strikers have eyes set on the ball
Volleyball and Handball
By Ernest Ndunda
14 hours ago
Okot to depart for basketball scholarship in Kentucky, US
Basketball
By Ernest Ndunda
16 hours ago
Pictures: Korir gifts his Jersey to a Colombian boy holding a placard written in Swahili
Athletics
By Odero Charles
16 hours ago
Kenya loses World U20 overall title in Cali races
Athletics
By Jonathan Komen
19 hours ago
.