For close to four decades, the Origis name has dominated the Kenyan football landscape.

From the legendary Austin Oduor (Origi’s father and former Harambee Stars and Gor Mahia great) to Uncle Gerald Origi, this football family has given so much to the country they so dearly loved, but in return, got nothing from their motherland.

Then there is Mike Okoth Origi, Arnold Origi’s uncle and father to Belgian international and Liverpool forward Divock Origi.

Arnold is the son to legendary Austin Oduor Origi, who is regarded as the patriarch of the Origi family. Odour is fondly remembered for captaining Gor Mahia to the Africa Cup Winners’ Cup triumph in 1987. He also captained Harambee Stars in the late 80s.

Other members of the Origi family, who made it to the big show are defenders Anthony and Jared who previously turned out for Kenya Breweries and the defunct Utalii respectively.

In fact, this family has produced some of Kenya’s finest football gems, so much so that if the Kenyan football history books are to be written, they would easily have a whole chapter to themselves.

Their dominance has been so great and their talent refined that it becomes practically difficult to pick out who among them is the football scion.

While Oduor was a revered legend in his heydays; being the cog and spine of a ruthless Gor Mahia machine and Harambee Stars, Mike Okoth, his younger brother and Divock’s father, did equally great – notching several goals in the national colours – while also keeping the Kenyan flag high in Europe, where he played his professional football.

In fact, this family has produced some of Kenya’s finest football gems, so much so that if the the country’s football history book is to be written, they would easily have a whole chapter to themselves.

Other members of the Origi family who made it to the big show are defenders Anthony and Jared who previously turned out for Kenya Breweries and the defunct Utalii, respectively.

Then there is goalkeeper Arnold Origi, who made 15 appearances for Harambee Stars before acquiring Norwegian citizenship.

Years later, Origi, the goalkeeper, would follow in the footsteps of his uncle Mike, who prior to becoming a striker had begun his career between the goalposts playing for Shabana FC as a goalkeeper.

Today’s Nairobian Sports piece is however focusing on perhaps the most successful of the Origis, Divock.

Divock has already made a name for himself in Europe.

The 27-year-old has already surpassed his father’s success. Mike flourished in Belgium for over a decade featuring for KV Ostende, Harelbeke and Racing Genk in the Jupiler League.

Origi is set join up with Serie A champions, AC Milan, in the coming weeks, bringing an end to his Anfield career, which lasted eight years.

Divock was given a guard of honour from his Liverpool teammates and a tribute from the Kop during his Anfield farewell as the 2021-2022 English Premier League season ended on May 22.

A minor muscle injury meant Origi was left to watch the final Premier League game of the season behind the bench, but he was not to leave Anfield without a special send-off.

Jurgen Klopp confirmed Origi’s departure prior to the meeting with Wolves, hailing him as a “Liverpool legend” and “one of the most important players I ever had.”

And at the conclusion of the 3-1 win over Wolves, Origi was presented with a Champions Wall plaque, having contributed to the incredible success under Klopp so far, and a signed photo collage signed by his teammates.

Origi was injured for his Anfield goodbye as the Reds beat Wolves 3-1.

His impact won’t be lost on either his teammates or the fans though, with the rest of Klopp’s squad giving the Belgian striker a guard of honour to say goodbye.

The Kop also held up a heartfelt banner with the words ‘Football without Origi is nothing’.

The No 27 has not been short of incredible moments in a Liverpool shirt, proving instrumental in goals that will forever be etched in club folklore.

One of the 27-year-old’s greatest ever nights came in front of that exact end of the Anfield crowd, when he scored twice against Barcelona as Liverpool recorded an extraordinary semi-final Champions League comeback from 3-0 down in the 2018-19 season.

A 4-0 win on the night saw the Reds progress to the final in Madrid, where Origi again scored as Liverpool became European champions for a sixth time with a 2-0 win over Tottenham.

He’s also been a constant thorn in the side of Everton, scoring six goals in Merseyside derbies, the most of any overseas player in the history of the fixture.

Origi was born in Ostend and grew up in Houthalen-Oost.

He began his football career at Genk’s Youth Academy where he spent nine years before signing for Lille in May 2010, aged 15, after turning down an approach by Manchester United.

Nine days later, he scored on his competitive debut for the senior Lille side, coming on as a substitute in the 69th minute for Ronny Rodelin and scoring to bring his side from 1–0 down against Troyes.

On July 29, 2014, Liverpool announced that they had completed a £10 million transfer for Origi, who signed a five-year contract but was immediately loaned back to Lille for the 2014–15 season.

In his first match back in Lille, Origi scored his first goal of the new Ligue 1 season through a penalty against Caen to secure a 1–0 win for his side.

On March 15, 2015, Origi scored a hat-trick for Lille in a 3–0 league win against Rennes before returning to Liverpool.

On July 11, 2015, Origi was named in Liverpool’s 30-man squad for their pre-season tour of Thailand, Australia and Malaysia. In his non-competitive debut for Liverpool, a pre-season friendly against Thai All-Stars on July 14, he scored his first goal for the club in a 4–0 win.

His first competitive game for the team was on September 12, 2015, replacing Danny Ings for the final 16 minutes of a 3–1 loss against rivals Manchester United.

Origi scored his first competitive Liverpool goals on December 2, 2015, a hat-trick in a 6–1 away win over Southampton in the quarter-finals of the League Cup.

Eleven days later, he scored his first Premier League goal, replacing the injured Dejan Lovren in the 79th minute and scoring an added-time equaliser from outside the penalty area for a 2–2 draw against West Bromwich Albion at Anfield.

On February 14, 2016, he scored his second league goal against Aston Villa in a 6–0 victory, only 27 seconds after replacing Daniel Sturridge in the second half; this was the fastest goal scored by a substitute that season.

Origi scored a vital away goal in a 1–1 draw. Three days later, he scored two goals in a 4–1 win over Stoke City after coming on as a substitute to replace Sheyi Ojo at half-time.

On April 20, 2016, Origi sustained a severe ankle ligament injury in a home game against Everton.

Origi was used predominantly as a substitute and cup player at the start of the 2016–17 campaign.

On August 31, 2017, Bundesliga club VfL Wolfsburg signed Origi on a season-long loan. He scored his first goal for the club against Werder Bremen, on September 19. He scored six goals in total for the club during his loan spell.

On December 2, 2018, Origi scored his first goal of the season in a Merseyside derby match against city rivals Everton, which Liverpool won 1–0.

Origi came on as a substitute for Roberto Firmino in the 84th minute and scored with a header in the 96th minute, capitalising on an error from Everton goalkeeper Jordan Pickford.

On May 4, 2019, he scored a last-minute goal against Newcastle in a 3–2 victory, keeping Liverpool’s hunt for their first Premier League title.

On May 7, 2019, Origi scored for the first time in the Champions League, netting a brace in the semi-final second leg against Barcelona, vitally scoring the final goal to complete Liverpool’s comeback from a three-goal first leg defeat.

On June 1, 2019, he scored Liverpool’s second goal in a 2–0 win over Tottenham in the 2019 UEFA Champions League Final, as he won his first honour with the club.

In doing so, he became only the second Belgian player to score in a Champions League final after Yannick Carrasco in 2016.

The Football Kenya Federation expressed an interest in persuading Origi to play for the Kenya senior national team in the future.

However, on May 13, 2014, Belgium senior national team manager Marc Wilmots announced Origi would be part of the 23-man squad representing Belgium at the 2014 FIFA World Cup.

For his performances, he was named the Young Talent of the 2014 Belgian Sportsman of the year awards.

Origi scored once in Belgium’s successful UEFA Euro 2016 qualifying campaign, in a 6–0 home win over Andorra on October 10, 2014.

He was included in the squad for the final tournament, but missed out on the 2018 FIFA World Cup. 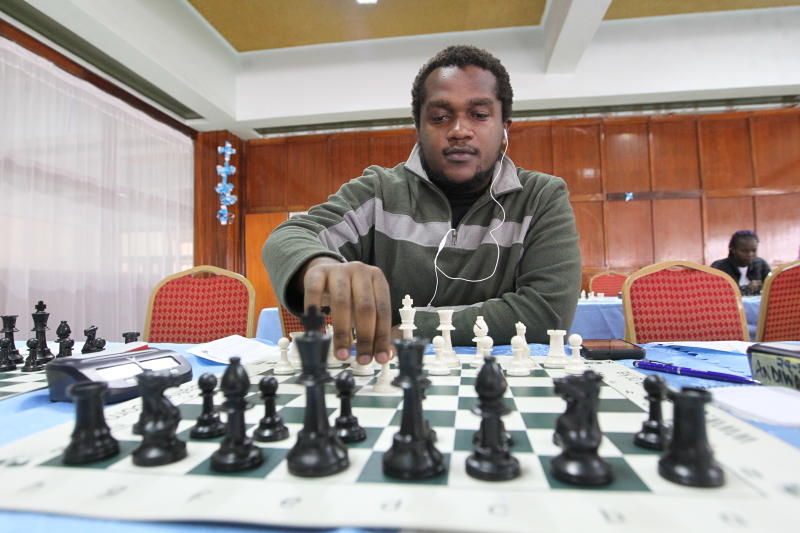 Ex-Manchester United star Ryan Giggs starts assault trial
Football
By Associated Press
6 hours ago
Malkia Strikers have eyes set on the ball
Volleyball and Handball
By Ernest Ndunda
11 hours ago
Okot to depart for basketball scholarship in Kentucky, US
Basketball
By Ernest Ndunda
12 hours ago
Pictures: Korir gifts his Jersey to a Colombian boy holding a placard written in Swahili
Athletics
By Odero Charles
13 hours ago
Kenya loses World U20 overall title in Cali races
Athletics
By Jonathan Komen
16 hours ago
.