Manchester City can match the greatness of Alex Ferguson's Manchester United if they clinch a fourth Premier League title in five seasons with a victory against Aston Villa on Sunday, according to manager Pep Guardiola.

Ferguson's United achieved that feat three times, establishing themselves as the dominant force in English football during the Scot's 26-year reign.

“Of course it would be great [to win four in five seasons]. When I arrived and people here say the Premier League is really difficult, the toughest one, everyone wins different ones,” Guardiola said ahead of the game against Villa.

“Just Sir Alex Ferguson with United could do four in five years. When this happens, you realise the magnitude of United in that period and how he they were able to do it many times. We're close to being a part of that and we have to try to take it.”

City must win at home on the final day to secure the title ahead of Liverpool, who trail by a point and face the Wolverhampton Wanderers.

Guardiola already has one eye on next season, with City bringing in striker Erling Haaland from Borussia Dortmund this month to bolster their squad. The 21-year-old Norwegian, who scored 29 goals for Dortmund last season, is one of the most exciting talents in Europe but Guardiola warned against expecting the youngster to deliver straight away.

“Especially important is that he is arriving in a new country, new house, making new friends — all these kinds of things he has to adjust to,” City's coach said.

"[But] I'm pretty sure he will adapts well. If it takes weeks, great. If it takes months, great. He hasn't come here for two, three months, he's come for many years, I hope.” 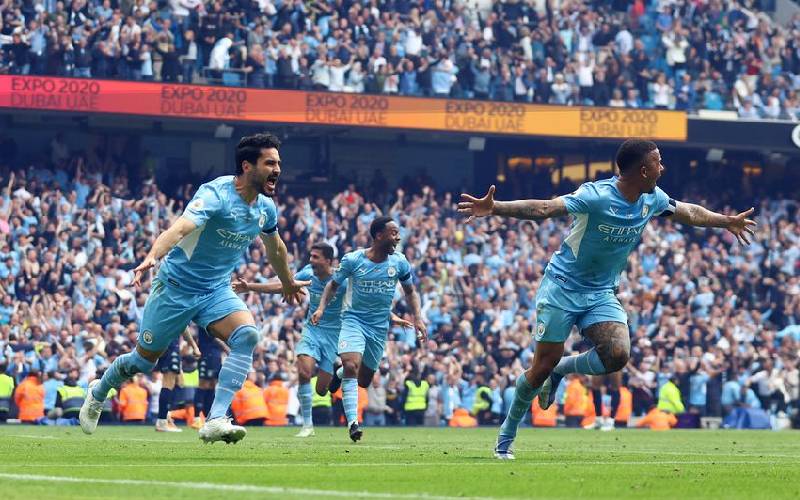 By Standard Sports 7 days ago
Football
Reports: Arsenal have reached an agreement with Manchester City to sign Gabriel Jesus
.