Barcelona vs Real Madrid at 10pm: Xavi thinks Clasico will be a good test for Barca 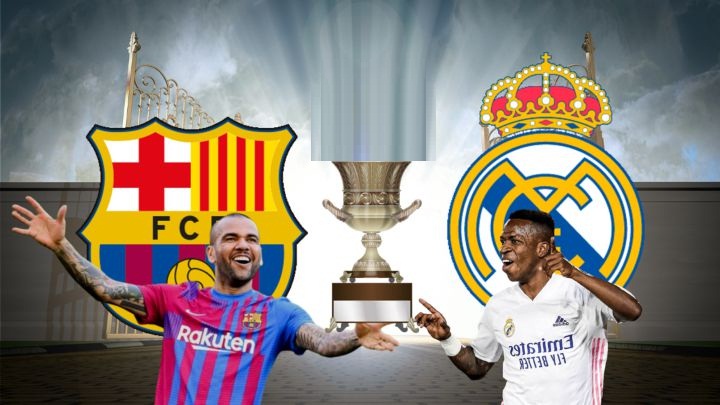 Barcelona manager Xavi Hernandez said that his team would face an examination in Wednesday's El Clasico against rivals Real Madrid in the first Spanish Super Cup semi-final in Saudi Arabia.

"It could be a turning point," Xavi told a news conference in the Saudi capital Riyadh on Tuesday. "Winning a Clasico will put us in the final and give credibility to our project. We have put LaLiga aside to focus on a great competition. It's a title."

Xavi said there would be no excuses despite the match coming so early in his reign, less than two months after he replaced Ronald Koeman as Barca head coach.

"The match arrives when it arrives," he said. "Sure, we need more time, it is evident, but we cannot make excuses. Barca always have to compete. For us, Wednesday will be like an exam."

It will be Xavi's first Clasico as a coach, but having faced Real numerous times as a player, he knows what to expect.

Barcelona are sixth in LaLiga's standings with 32 points from 20 games, 17 points behind leaders Real Madrid.

"I have lived and experienced all types of Clasicos. Sometimes Barca were heavy favourites and did not win. And vice versa. Barca has drawn or won at the Santiago Bernabeu in difficult times," he said.

"Tomorrow's match will be an unpredictable classic, we will try to impose our model of playing and be who we are. It's not going to be easy, we'll have the team in the best shape in Spain in front of us."

Xavi will have various players back from injury, such as striker Ansu Fati, while midfielder Pedri and forward Ferran Torres will return after previous positive COVID-19 tests.

"Pedri and Torres testing negative for COVID is great news. They may not be able to play every minute but we have them. They are very important players for the system we want to use," Xavi said.