Wesley Fofana gave thanks to the Premier League, his Leicester teammates and opponents Crystal Palace on Monday for allowing him to break his Ramadan fast.

The devout Muslim is taking part in the annual Islamic tradition whereby followers of the religion give up food and drink between set hours each day from before sunrise to sunset.

Naturally this made Fofana's preparation for Monday night's clash against Palace particularly gruelling, given it had a scheduled kick-off time of 8pm.

As per Ramadan rules, Fofana was able to break his fast from 8:17pm in the UK, and eventually managed to take a drink 34 minutes into the meeting at the King Power Stadium.

A break in play allowed Leicester's centre-back the chance to take on board some fluids, with Palace goalkeeper Vicente Guaita also happy to delay his kick to wait for him.

Tweeting after the game, Fofana said: "Just wanted to thank the @premierleague as well as @CPFC, @vguaita13, all the Foxes for allowing me to break my fast tonight in the middle of the game. That's what makes football wonderful."

It is the third time the defender has played during Ramadan, having featured in Leicester's last two fixtures against Southampton and West Brom.

Speaking after the win over the Baggies on Thursday - where Fofana played over an hour - Leicester boss Brendan Rodgers had been full of praise for the 20-year-old Frenchman, who is of Malian descent. 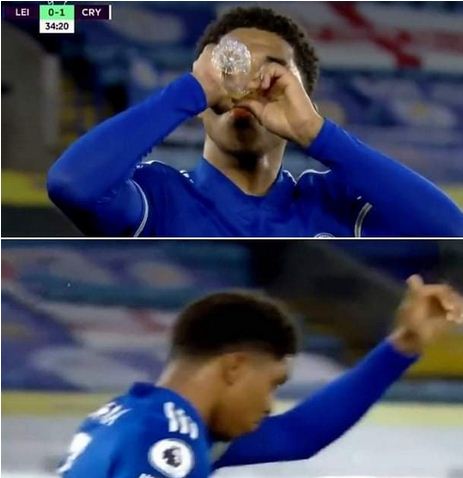 "It's remarkable. If you think of his performance at the weekend in an FA Cup semi-final, where he hasn't eaten all day and then he had first taste of food with 15 minutes to go, and then the same today, with an 8pm kick-off, he's not eaten all day or drank and he can still perform to that level," Rodgers said, via Leicester Mercury.

"It was just one where I thought if I could get him off then he could get some food into him on the bench, and just protect him a little bit.

"I've worked with lots of players with devotion to their faiths and for a lot of the guys it gives them strength.

"He's finding an incredible strength to play continuously and train during Ramadan. He's a special talent and a big player for us."

KPA face Eldonets as KBF Playoffs tip off on Saturday

Okutoyi bullish ahead of Australia Open debut on Saturday
Feedback