Latest update: Things are really not going well for Origi at Liverpool

Divock Origi could be used in a January swap deal that sees Liverpool boost their defensive ranks, according to sources in both the UK and Germany.

The Reds forward has made just eight fleeting appearances for the club this season, with just two of those coming in the Premier League and amounting to a mere seven minutes on the pitch.

The 25-year-old has seen his opportunities limited by the 2020 signings of both Takumi Minamino and Diogo Jota, with both seen as players who are more suited to Jurgen Klopp's style of play, and Jota slotting in seamlessly this season with nine goals in 17 appearances in all competitions.

Origi has been expected to leave Anfield several times before, only to stay and play hugely important roles in the club's recent successes. 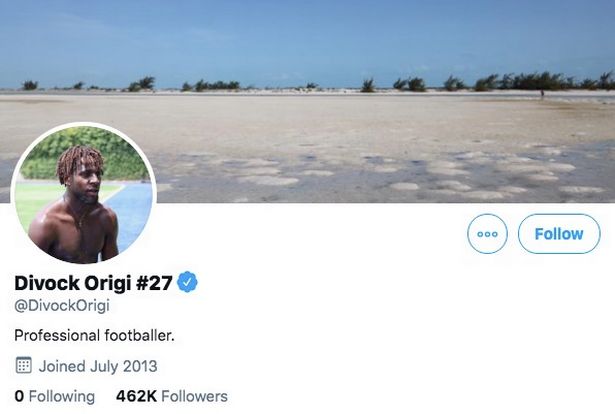 The part he played in the Champions League win in 2019 has passed into Liverpool folklore, but this time around things do a look a little different when it comes to his future at the club, and with Liverpool short on defensive cover due to injuries, the possibility of a swap deal for a long-rumoured target has reared its head.

Last weekend The Telegraph reported that Schalke would be interested in signing Origi in a swap deal for their 20-year-old Turkish centre-back Ozan Kabak, who has been linked to the Reds throughout 2020.

Those claims have now been repeated by Sky Germany as rumours around Kabak's future grow, with Liverpool said to be interested in adding another option at the back during their injury-hit season.

On Monday night it was noted that Origi had opted to purge his Twitter account of all of his tweets and any mention of Liverpool, with his bio now just reading 'Professional footballer.'

The Belgian could have done this for a variety of reasons of course, but some fans have suggested it could be because his Liverpool career is at an end.

With Schalke said to be open to a deal amid financial issues, it could be that both clubs decide a swap is the best option.

Ex-Manchester United star Ryan Giggs starts assault trial
Football
By Associated Press
5 hours ago
Malkia Strikers have eyes set on the ball
Volleyball and Handball
By Ernest Ndunda
10 hours ago
Okot to depart for basketball scholarship in Kentucky, US
Basketball
By Ernest Ndunda
12 hours ago
Pictures: Korir gifts his Jersey to a Colombian boy holding a placard written in Swahili
Athletics
By Odero Charles
13 hours ago
Kenya loses World U20 overall title in Cali races
Athletics
By Jonathan Komen
15 hours ago
.