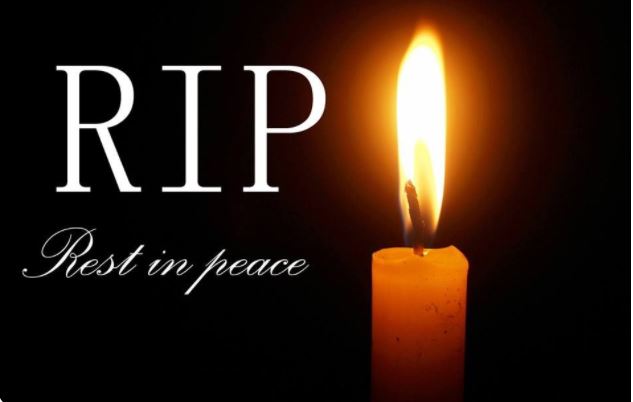 A Football Kenya Federation (FKF) referee was killed Friday evening after a fan hit him following a contested decision during a match at Gesabakwa, Kisii County.

John Chang'aa Okwoyo, who is a retired police officer, was officiating the Mashinani football match tournament between Ichuni Youth and Aspire FC as the first assistant referee when the incident happened.

There was contradiction over the cause of the aggression that led to the assault with the Kisii County FKF Secretary Evans Mageka saying the fan had hit the referee for wrongly flagging a foul.

Jacob Ongeri, a journalist with a local vernacular radio station who was among the spectators told The Standard that the referee had entered into an argument with the fan after a player of his favourite team was injured before the two started a physical fight. 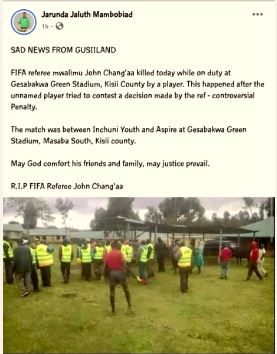 On his side, Mageka, the FKF County Secretary said that the intruder emerged from among the spectators and hit the referee with a flying kick at the lower abdomen, rendering him unconscious.

"He was rushed to the nearby Subcounty hospital but he was pronounced dead on arrival," Mageka said.

According to Mageka, the tournament was not official and FKF had advised the organisers against conducting it but they went on with it defiantly.

The official said he had even prevailed on the deceased referee against officiating in the tournament, but he did not heed.

"The tournament had no security, one of the major requirements of any game where our accredited officers can officiate. But there was none at the stadium where the match was being played," he said.

Police from Ramasha Police Station are looking for the suspect.

Mageka said already, the March's centre referee Naomi Mogire and her other assistant have recorded their statements with the police as investigations started into the incident. 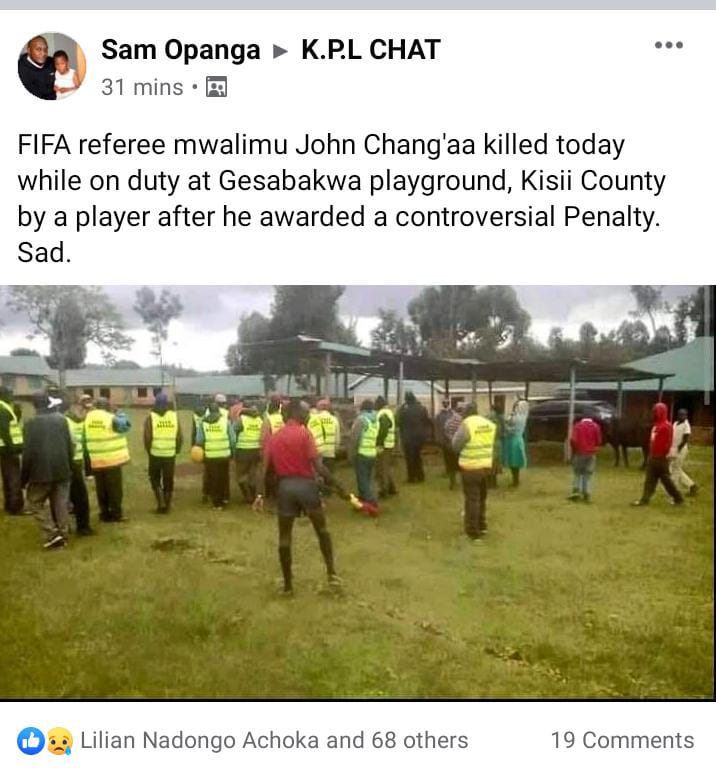 By Elvince Joshua | 13 hours ago

Referee Kendi’s love for the game and camera
Feedback