Neymar scores first goals of the season in PSG rout 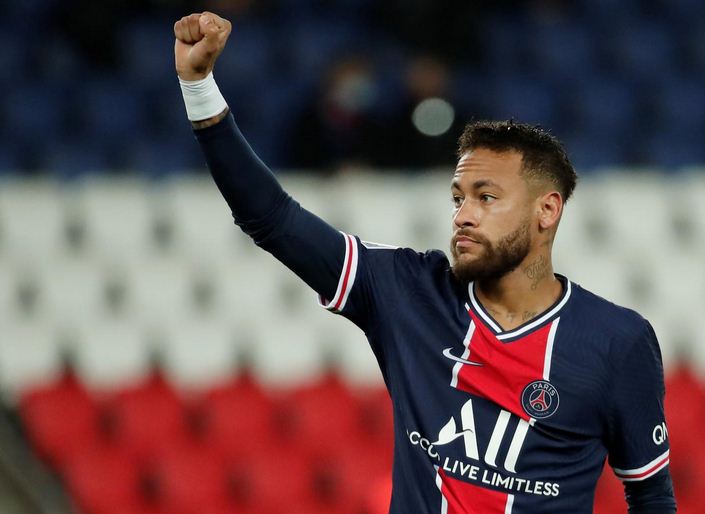 Alessandro Florenzi, Julian Draxler, Idrissa Gana Gueye and Kylian Mbappe shared the other goals as PSG claimed a fourth successive win while Ismael Traore headed one back for Angers.

PSG, who lost their opening two games of the season, jumped to second in the table with 12 points from six matches, one behind leaders Rennes.

Angers coach Stephane Moulin, who has been in charge since 2011 and is the longest-serving coach in any of Europe’s top five leagues, set up his side with a five-man defence but to no avail.

Mbappe had an early shot saved by Paul Bernardoni and PSG only needed seven minutes to break the deadlock.

An attempted clearance went straight to Florenzi who flicked the ball up and lobbed into the net without letting it touch the ground.

Stephane Bahoken should have equalised but sent a free header wide of the goal and the Cameroon forward was also denied when Keylor Navas dived at his feet.

The visitors inevitably paid the price when Mbappe slipped between two defenders and laid the ball back to Neymar who fired a left-foot shot into the roof of the net in the 36th minute.

The Brazilian drilled home a loose ball for the third two minutes after the break and, although Traore pulled one back with a far post header, it was only brief respite for Angers.

Draxler and Gueye scored with deflected shots before Mbappe turned in the sixth with six minutes remaining.