Wolves 2-0 Crystal: Wolves back up to sixth as Palace slump continues 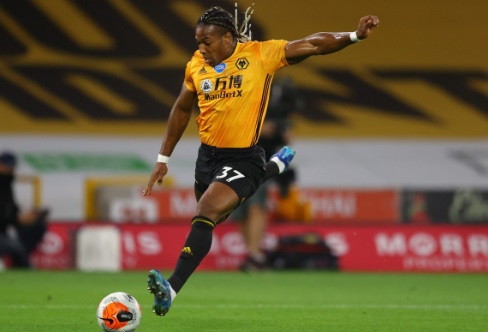 Wolverhampton Wanderers reclaimed sixth place in the Premier League as they beat a woefully out-of-form Crystal Palace 2-0 at Molineux on Monday thanks to goals by Daniel Podence and Jonny.

Podence headed home for his first Premier League goal for Wolves shortly before halftime and Jonny’s fine finish wrapped up the points with around 20 minutes remaining.

A injury-weakened Palace had actually started the game well but suffered another blow when Mamadou Sakho went off in the first half with a hamstring injury.

Palace offered precious little in the second half as they slumped to a seventh successive defeat.

Chelsea find scoring touch, with Lukaku waiting in the wings

Wolves moved above Tottenham Hotspur into sixth spot — a guaranteed Europa League qualification place — with 59 points ahead of their final league game away to Chelsea on Sunday.

Chelsea edge past Villa on penalties, Man Utd out of League Cup
Feedback