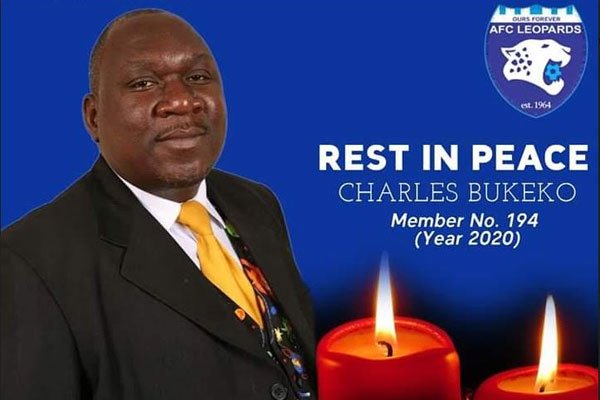 According to the family, Shirandula, who was widely regarded as one the AFC Leopard's most loyal supporter, died at the Karen Hospital where he has been receiving treatment since Monday.

Left saddened by the news, the club said in a statement: "We are sad to learn about the sudden death of our super fan and member Charles Bukeko"

"My sincere condolences to the family of Charles Bukeko popularly known as Papa Shirandula upon his passing on today morning at Karen Hospital. May his soul rest in peace," Mudavadi wrote on his Twitter.

A message also echoed by Sports Cabinet Secretary Amina Mohamed, who in a tweet said: "I have learnt with profound shock the passing on of Charles Bukeko aka Papa Shirandula. On my behalf, my family and the entire staff of Ministry of Sports, Culture and Heritage, I wish to convey our condolences to his family, friends and colleagues."