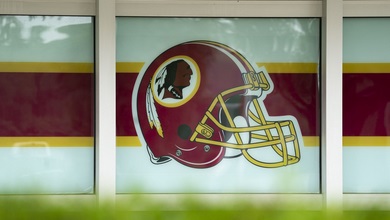 Fifteen women who were once employees for Washington's NFL team told The Washington Post in a story published Thursday that they were sexually harassed during their tenures with the club.

The Post's report details dozens of instances of alleged sexual harassment and verbal abuse, citing interviews with more than 40 current and former employees, including the 15 women, as well as text messages and internal company documents. The allegations, which span from 2006 through 2019, primarily include inappropriate sexual comments, unwelcome overtures and pressure to wear revealing clothing.

Fourteen of the women spoke with The Post anonymously out of fear of litigation, after many signed nondisclosure agreements upon leaving the team. The Post said it asked the team to release the employees from such agreements so they could speak openly, but the team declined. Emily Applegate, a now 31-year-old who worked in Washington's marketing department from 2014-15, spoke openly about her experiences.

Among those accused of sexual harassment or verbal abuse, per The Post, are former longtime radio announcer Larry Michael, former director of pro personnel Alex Santos, assistant director of pro personnel Richard Mann, former president of business operations Dennis Greene and former chief operating officer Mitch Gershman. Michael abruptly announced his retirement on Wednesday, and Santos and Mann were fired earlier this week after tenures of more than 10 years with the team.

Team owner Daniel Snyder was not accused of misconduct with women, per The Post, although several former employees said the team's small human resources department and overall culture fostered an environment in which misconduct was not punished. Snyder was accused of belittling top executives, including mocking Greene for his time as a male cheerleader in college.

Snyder, who bought the team in 1999, declined multiple interview requests from The Post, and all other accused employees also declined comment. The team has hired attorney Beth Wilkinson to review the club's internal culture amid allegations of workplace misconduct.

"We can confirm that our firm was retained by the team to do an independent review of the team's culture, policies and allegations of workplace misconduct," Wilkinson said in a statement Thursday.

Head coach Ron Rivera, who is in his first season with the team, declined to comment when reached by The Post by phone.

"We're trying to create a new culture here," Rivera told The Post. "We're hoping to get people to understand that they need to judge us on where we are and where we're going, as opposed to where we've been."

ESPN relayed a statement from Rivera on Thursday evening, after The Post's story was published, saying, "(The) biggest thing is we have to move forward from this and make sure everybody understands we have policies that we will follow and that we have an open door policy with no retribution. Plus my daughter works for the team and I sure as hell am not going to allow any of this!"

--Applegate said she was the subject of expletive-laced tirades from Gershman, including him calling her "f-----g stupid," and requests to wear a tight dress for a meeting with clients "so the men in the room have something to look at."

--In 2018, Michael was heard on a recording saying how attractive he found a college intern, according to several employees who heard the audio, with one former female employee telling The Post it was "disgusting." Per The Post, seven former employees said Michael routinely used sexual and disparaging overtones to describe female employees.

--Six former employees and two reporters accused Santos of harassment via inappropriate overtures and comments about their bodies. Per The Post, one incident in 2019 led to an internal investigation after a reporter informed club management Santos had pinched her, told her she had "an ass like a wagon" and repeatedly asked her to date him.

--In separate text messages to two former female employees, per The Post, Mann discussed whether one's breasts had been surgically enhanced, and told another to expect "an inappropriate hug ... And don't worry that will be a stapler in my pocket, nothing else."

In 2018, the New York Times published a story in which several unnamed team cheerleaders said they were required to be topless during a calendar photoshoot in Costa Rica in 2013, and that they were also required to personally escort male sponsors and suite holders at a nightclub. The report eventually led to Greene's firing.

The Post's story Thursday comes on the heels of the NFL club retiring its "Redskins" nickname and logo this week, following corporate pressure to do so. A new name has yet to be announced.

The minority shareholders have hired the investment bank Moag & Company to vet buyers, ESPN reported. The Athletic reported minority owners have been trying to sell for "many months if not a year or more."

State of the economy: Businesses expected to bounce back after the lifting of the curfew

Wangare: I harvest 45,000kg of strawberries in every season

Barcelona reflect on catalogue of errors as title slips away

Barring a miracle, Barcelona's recent grip on the La Liga title is coming to an end and there is a deep sense of frustration within the club and among

By Caroline Obuya | 4 hours ago

By Maarufu Mohamed | 7 hours ago

Mayiani wins at Karen as Mwaura, Truphena are best at Ruiru
Feedback