Former Harambee Stars and Gor Mahia defender Wesley Onguso has been praised for his temporary change of career as a boda boda rider including his new role to help fight the virus in Kawangware during the lockdown.

Onguso is among thousands of athletes who are out of action as the coronavirus pandemic continues to disrupt sporting events across the globe.

Since the Kenyan league was suspended by the Government as a precautionary measure against the spread of the deadly virus, most clubs started running into cash-flow problems due to missing out on gate collections and sponsorship money.

Instead of sitting back and waiting for sports to resume so that he could get income in terms of salaries, match and training, Onguso, like many of people affected by Covid-19 has developed a “side hustle,” as a way to cushion himself from the adverse economic effects of the pandemic.

The Welfare Association thanked Onguso, who now plays for newly promoted side Nairobi City Stars, for sensitising Kawangware residents and also applauded him for venturing into the business.

Following the post, fans were quick to praise him; 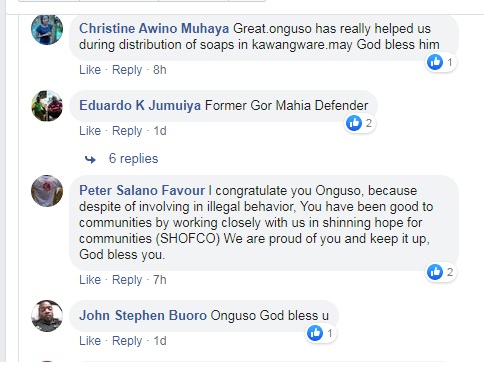 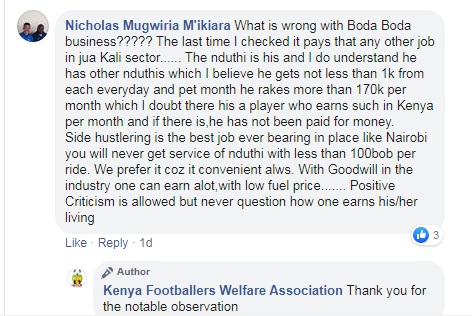 Onguso is my neighbor and currently plays for City Stars. He does Boda part time & started that way back hata akiwa Gor. In Kenya you can't depend on Talent alone — TiredKenyan???? (@Lusimba_) June 13, 2020

Early last month, the Ministry of Sports, Culture and Heritage rolled out a Sh50 million Covid-19 stimulus package program to relieve sportsmen and women who have been struggling to deal with the partial lockdown that has turned their daily lives upside down.