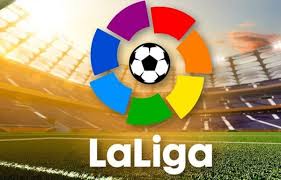 Spanish soccer clubs have no option but to face up to reducing players' salaries next season due to the financial impact of the coronavirus pandemic, La Liga president Javier Tebas has said.

The Spanish season has been on hold since March and although matches are due to re-start in June without spectators, the league still estimates clubs will lose a combined 300 million euros ($326.07 million) in lost revenue due to the disruption.

To cope with steep income losses, many clubs including Barcelona and Atletico Madrid introduced temporary pay cuts to players and staff during the national state of emergency, although Tebas believes further cuts will have to be made.

"Clubs will have to reduce the salaries of their players, there's no other remedy," Tebas said at a virtual conference organised by the Ibero-American Institute for sporting law, quoted by Spanish newspaper AS on Tuesday.

But Tebas said clubs would have to significantly reduce transfer activity this year in order to comply with the league's strict salary controls, which dictate how much money teams can spend according to their projected revenues.

"Clubs now have squads that will exceed the salary limit for next season and teams are going to have to look far more towards youth football and their academies because transfers that exceed that limit will not be allowed, it's impossible," he added.

"I don't think there will be many transfers next season, in Spain or anywhere else. The current situation will not allow that. Teams will either have to reduce footballers' salaries or sign fewer or cheaper players."

The World Athletics Continental Tour will resume on September 26, albeit with new guidelines to guarantee safety in the wake of the coronavirus pandem

Liverpool under pressure to beat Real in Champions League final