Hope mixed with worry and uncertainty as football reawakens 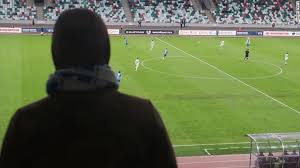 Football is re-awakening amid the COVID-19 pandemic but the sense of hope at teams which have started training is mixed with worry over whether it might be too soon and the uncertainty of how to keep players safe.

On hold since mid-March, many European leagues are hoping to start up again in the next two or three months, without spectators, and training has begun in Germany and Austria. Yet re-starting remains fraught with difficulties.

"There is a huge logistical and medical/scientific question about testing and protocols but also a social one," said Jonas Baer-Hoffmann, secretary general of the global players' union FIFPRO.

"We need guidance and protocols on how to return in a healthy and safe manner. Football is a contact sport and we feel very high protection standards are required."

Rugby: New Kenya Cup season to kicks off on Saturday

There was also a moral question. "Are we sending the right message to society, and are we encouraging a healthy return to normal life, or are we sending a bad signal that football has different rules to the rest of the world?" he added.

On the other hand, the Swiss Football League said a successful re-start, under scientific supervision with a risk management concept, could allow football "to send a signal that it is possible to return to something closer to normality".

Several leagues around the world have produced a medical protocol for training, mostly along similar lines.

These generally involve thorough testing of players to ensure they are not infected and dividing the squads into groups of six, observing social distancing guidelines.

Yet many details for the re-start of competitions, such as whether teams would have to be isolated until the league is finished and what happens if a player tests positive, remain unclear.

As Christoph Freund, sporting director at Austrian champions Salzburg, said on Tuesday: "It can't be that if one player, or one accompanying person or a trainer, gets the virus that the whole round has to stop, or that things stop again for two or three weeks," he said.

Germany's Bundesliga may well be the guinea pig as it is the closest of the major leagues to resuming. Like other leagues, it can only start with a green light from the government.

On Thursday, the Bundesliga said players will be monitored by an appointed team health official and would have regular testing.

An infection to a player will be reported to authorities who will be in charge of any other steps. The team, however, would not be automatically quarantined.

Geoff Dreher, an assistant professor at the Johns Hopkins University School of Medicine, said there was not much point in re-starting if a single case resulted in a whole league being stopped again, while other questions also had to be answered.

"If, on the home team, someone gets sick there, what do you do?" he told Reuters. "If it is on the away team and they are travelling, how do they respond and get back to their home location?"

"Are they happy with potential quarantine, with isolation from friends and family... for an extended period of time? That is a big question," he added.

"If one of my team mates got the virus, am I okay to continue to play? It (needs) input from a lot of people and I think the reason we don't have a lot of ideas about this is because people are (still) trying to answer these questions."

There was also the question of whether there was enough staffing and resources to deal with ill and injured players -- a natural risk in soccer.

Carl Bergstrom, a biology professor at the University of Washington, said one possibility was a 'bubble' strategy where players and staff are isolated for the duration of the season.

An alternative would be to have a "weak isolation" from the outside world and rely on daily testing throughout the season.

"This could work if testing capacity can be attained and infected individuals test positive before or around the same time they become contagious. If people can transmit while testing negative, this strategy would not work," he said.

Bergstrom added that the leagues would have to invest in testing to the extent they had excess capacity which they could provide to local communities, including hospitals.

"Otherwise they risk a public relations disaster from taking tests away from those who need them more urgently," he said.

More than 2.64 million people have been infected by the new coronavirus globally and 184,910 have died.

Germany's health minister is open to a resumption of Bundesliga soccer matches on condition that they are played behind closed doors, he said on Wedne