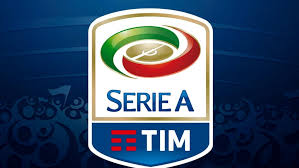 The Italian football players’ association rejected a proposal from Serie A clubs on Monday to reduce salaries by a third if the season does not resume as “unmanageable.”

The guideline austerity measure was agreed on by 19 of the 20 clubs, the Italian league announced, with Juventus not included because it already finalised a deal with its players to relieve financial pressure on the defending champion amid the coronavirus pandemic.

The reduction would be equal to four months of salary but would be reduced to only two months if the season is completed. The league added “it remains understood that the clubs will define the agreements directly with their members.”

The players’ association responded with a statement calling the league’s behavior “incomprehensible at a time like this.” The association adds that the desire to make the players pay for the economic damages from the crisis “by painting them in a bad light should make people reflect on the credibility of those who should be leading the soccer system in this time of difficulty.”

The players’ association notes that the “presidents deciding to suspend wages are the same ones who sent their squads out to play until March 9, and made the players train until mid-March.”

Why I left! Wanyama reveals what frustrated him at Tottenham Hotspur