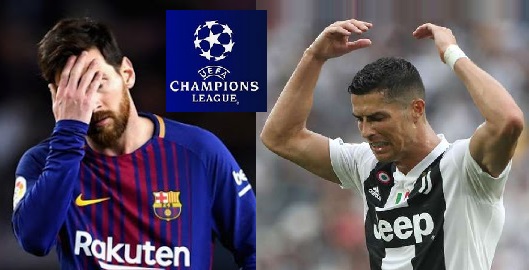 UEFA has postponed all Champions League and Europa League matches due to take place next week because of the coronavirus pandemic, European soccer's governing body said in a statement on Friday.

"In the light of developments due to the spread of COVID-19 in Europe and related decisions made by different governments, all UEFA club competitions matches scheduled next week are postponed," UEFA said.

The decision comes ahead of a crisis meeting on Tuesday where UEFA will consider all options for the next period, including possibly postponing the Euro 2020 tournament scheduled for June and July.

Chelsea of the English Premier League, who were scheduled to travel to Bayern Munich for a last-16 Champions League game on Wednesday, have announced that winger Callum Hudson-Odoi tested positive and that their whole squad is in quarantine.

Tuesday's Champions League matches between Juventus and Lyon and Manchester City and Real Madrid have already been postponed as Juventus's and Real Madrid's players are in quarantine.

That day, UEFA will hold a videoconference of all 55 football federations along with club, league and player representatives to discuss the situation, including various options to finish the season and deal with the issue of Euro 2020, which could be postponed.

All games and matches that were scheduled to take place from this weekend have all been cancelled following...