Last updated 4 months ago | By Mirror

Manchester City's two-year ban from the Champions League is set to have a huge effect on the race for European qualification from the Premier League.

City have been expelled from European competition for the next two seasons following a sensational verdict by UEFA on Friday, although they will remain in the competition in the current campaign.

A UEFA statement confirming the ban read: "The Adjudicatory Chamber has also found that in breach of the regulations the Club failed to cooperate in the investigation of this case by the CFCB.

"The Adjudicatory Chamber has imposed disciplinary measures on Manchester City Football Club directing that it shall be excluded from participation in UEFA club competitions in the next two seasons (ie. the 2020/21 and 2021/22 seasons) and pay a fine of € 30 million (£24.9million)."

The decision, if it remains in place, will ensure that Champions League qualification will drop down to fifth place in the Premier League should City finish in the top four.

Sheffield United currently sit in fifth, and would qualify for the Champions League next season should they finish there. 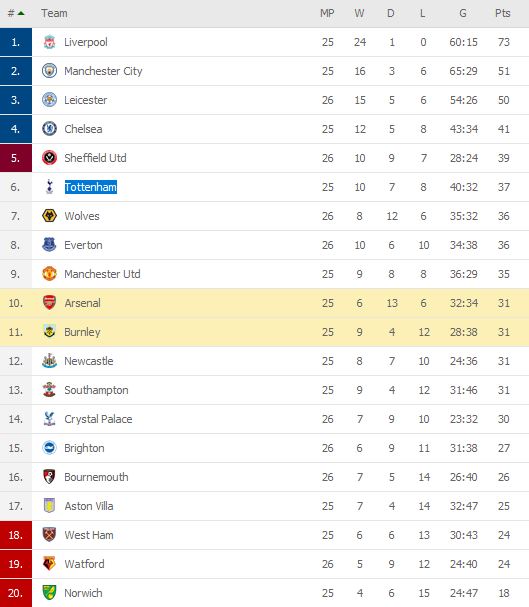 Should City also theoretically qualify for the Europa League via winning either the FA Cup or League Cup, then that European spot would transfer back to the league, meaning that European qualification could go down as far as eighth spot in the table.

City have reacted angrily to the verdict, and will appeal to the Court of Arbitration for Sport.

"Simply put, this is a case initiated by UEFA, prosecuted by UEFA and judged by UEFA," said City in a statement.

"With this prejudicial process now over, the Club will pursue an impartial judgment as quickly as possible and will therefore, in the first instance, commence proceedings with the Court of Arbitration for Sport at the earliest opportunity."

Premier League CEO says Black Lives Matter a moral cause, not a political one