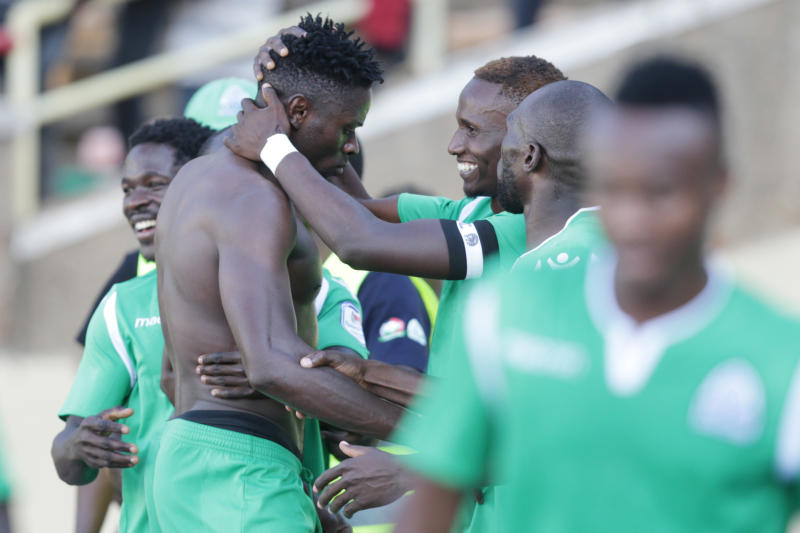 Gor Mahia missed a chance to open a seven point lead at the top of the Kenyan Premier League after being frustrated to a barren draw by Ulinzi Stars in Kisumu yesterday.

Victory would have seen the record champions open a huge gap on second-placed Kakamega Homeboyz. Ulinzi Stars remained third after the draw, seven points behind the leaders.

In Mumias, AFC Leopards twice came from behind to share the spoils with Nzoia Sugar after the match ended in a 2-2 draw.

With the result, Leopards are now tied on 17 points with sixth-placed Posta Rangers, Sofapaka, Mathare United and Western Stima.

In Nairobi, Reagan Otieno proved why he has been given a national team Harambee Stars call up, scoring a brace to inspire KCB to an emphatic 5-2 victory over Kariobangi Sharks at the Kasarani Stadium.

Simon Munala broke the deadlock in the eighth minute before Sharks scored a quick fire through Duke Abuya and Julius Masaba (27th and 28th minutes) to take the lead.

However, Otieno introduced himself to the fixture with an equaliser on the half hour mark.

The bankers then regained the lead through Samuel Mwangi fourteen minutes into the second half before Enoch Agwanda made it 4-2 five minutes later.

Otieno grabbed his second of the day in the 75th minute and consequently ensured Zedekiah Otieno’s side go level on eighteen points with Ulinzi and Tusker. It was similar scenario in Machakos as Elvis Rupia bagged a hat trick in Wazito’s 6-0 thrashing of financially-strapped Chemelil Sugar.

Rupia opened the floodgates from the spot on the stroke of halftime before he netted a quick fire in the 47th and 50th minutes.