Olunga does what Messi and Ronaldo couldn’t 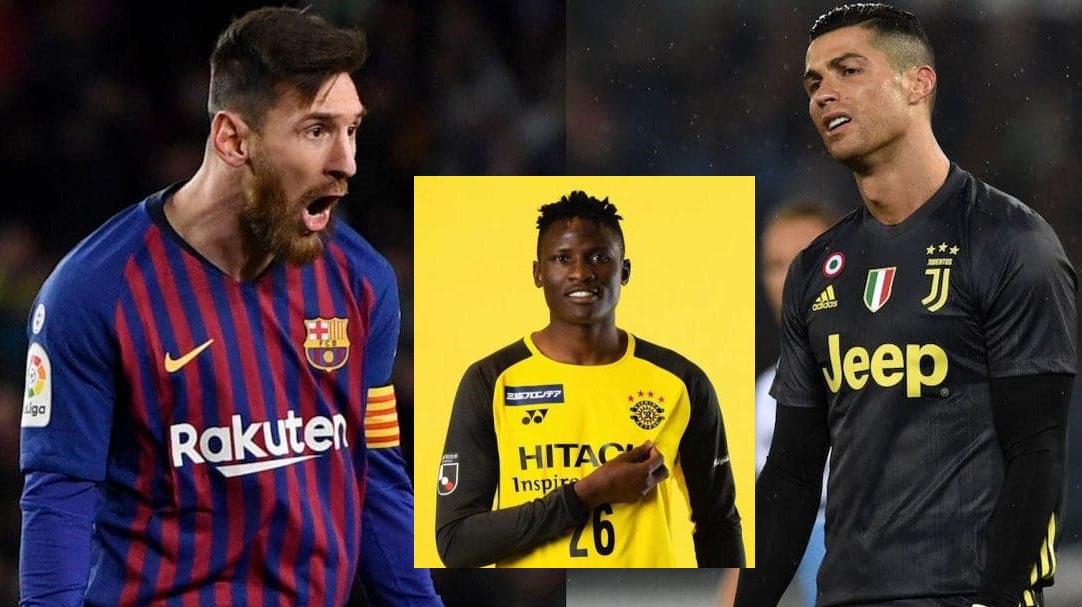 Is it time for Olunga to move to leave Japan?.

When was the last time you heard of a footballer scoring more than seven goals in a single high profile match?

In football, it’s goals that count to win matches, but not the sexy or exciting displays.

Well what the likes of Argentina captain Lionel Messi (Barcelona) and Portuguese star Cristiano Ronaldo have failed to do in their otherwise enviable careers, has been perfectly executed by Kenyan international Michael Olunga in the Japan J2 League.

Olunga, 25, wrote another chapter in his football history yesterday as he joined the growing list of the highest goal scorers in one match in the world after banging eight goals in Kashiwa Reysol’s 13-1 emphatic victory over visiting Kyoto Sanga in a season ender.

SEE ALSO: Cr7: I needed a free-kick goal to boost my confidence

The highest haul Ronaldo has bagged is scoring five times in a single match in 2015 against Granada and Espanyol while still at Real Madrid same as his rival Messi, who hit five past Bayer Leverkusen in a Champions League match way back in 2012.

The Upper Hill alumni has been making history in most of the clubs he has played for.

He started with Gor Mahia in 2015 when he  was named the best player in the Kenyan Premier League after scoring 19 goals to help K’Ogalo lift their third consecutive title with an unbeaten record.

Olunga then moved to Swedish top tier side IF Djurgarden where he netted 12 goals before joining Spanish side Girona on loan from Guizhou Zhicheng in 2018.

And on his La Liga debut, Olunga bagged a hat trick against Las Palmas in a span of 22 minutes to become the first Kenyan and African to score a hat trick in the Spanish top division.

But yesterday’s historic feat in Japan will forever remain in his memory as he capped off his impressive season by scoring eight goals and help declared champions (84 points) and return to the topflight football league in style.

“What a way to end the season. Scoring 8 goals is more than I could ever imagine but by God’s grace it was possible. I want to thank everyone who supported me through out the campaign. Until next season .Graçias. GOD ABOVE ALL,” Olunga posted on his Facebook page.

The seven goals (6th, 23rd, 33rd, 57th, 65th, 67th, 78th and 91st) saw him finish the season as the second best scorer with 27 goals, one behind golden boot winner Brazilian Leonardo Nascimento. Olunga has been linked with a move to Bundesliga.

'We have obligation to re-sign Messi', says Barcelona president