Last updated 7 months ago | By Mirror

Manchester United's out-of-favour midfielder Nemanja Matic has indicated that he may be willing to reunite with Jose Mourinho at Tottenham .

The Serbian star was with the Portuguese manager at Chelsea and Manchester United and helped him win the Premier League title in 2015.

Matic, 31, has seemingly fallen out of favour under United boss Ole Gunnar Solskjaer, making just five appearances this season, while he has also had his playing time limited due to a string of injuries.

That has led to suggestions that the midfield maestro may be among the January signings at Tottenham, who on Wednesday confirmed Mourinho as their new boss less than 12 hours after sacking Mauricio Pochettino.

And the footballer's recent social media activity suggests it is something he would consider.

In response to BenchWarmers’ Instagram post regarding a potential switch to north London, the midfielder responded with a pair of clapping and laughing emojis.

Meanwhile, Mourinho arrives in north London needing to repair his reputation after a toxic final few months of his time at Old Trafford.

The Portuguese was often pictured looking dishevelled, was often bad tempered in press conferences and allowed a fall-out with Paul Pogba to affect the club.

He looks rejuvenated - no doubt thrilled at the prospect of being able to work in London again - and he insists he will show passion for the role.

"I couldn't be happier and if I was not as happy as I am, I would not be here," he added.

"What can I promise? Passion - for my job but also passion for my club." 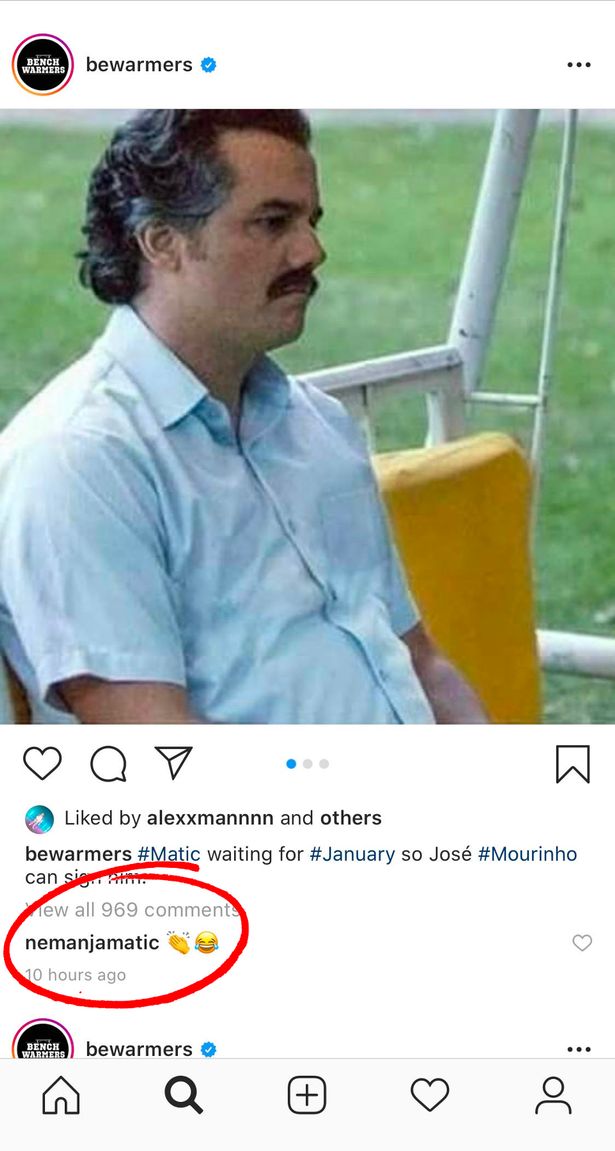 Despite his troubles in the latter stages of his tenure at Old Trafford, Mourinho remains one of the most sought-after managers in the game.

His success at delivering trophies is not in question, having won three Premier League titles, two Champions Leagues and a host of domestic cups.

Premier League confirm Man United should not have been given penalty