Manchester United are set to meet representatives of Facebook after Paul Pogba and his team-mate Marcus Rashford were subjected to social media taunts following their penalty misses.

Pogba was the target of racial slurs on Twitter when his penalty was saved by Wolves goalkeeper Rui Patricio in Monday's 1-1 draw.

Then United striker Rashford suffered racist abuse online after hitting the post with a penalty in Saturday's shock 2-1 defeat against Crystal Palace.

According to Goal.com, United were set to meet with Twitter in wake of Pogba abuse and have now also decided discussions with Facebook to debate racist social media trolls.

Twitter said on Wednesday that they will meet with United, Kick It Out (anti-discrimination organisation within football) and any other civil society stakeholders to discuss the problem.

Twitter claim to have already permanently suspended a series of accounts as a result of the racist posts.

Anti-discrimination campaigners Kick It Out have also called for action.

"The vile racist abuse on social media continued today. This problem will not go away and needs decisive action - that's what we'll be making clear to Twitter when we meet," Kick It Out said on Saturday.

"Without immediate and the strongest possible action, these cowardly acts will continue to grow."

"I'm just lost for words if it keeps going. We keep having all these campaigns 'No to Racism' and it keeps hiding behind fake identities. It's just crazy that we talk about this in 2019," Ole Gunnar said after their shock 2-1 home loss to Crystal Palace.

He also revealed that he is not taking Marcus Rashford and Paul Pogba off penalty duties for Manchester United.

‘Two games, two missed penalties. It’s part and parcel of it. Sometimes it happens. I have missed a few myself. ‘If we score them it’s a different story,’ he said.

‘‘If we keep putting ourselves in those positions, we will get more penalties and we will score. ‘It is just one of those things. We trust them to score again.’’ 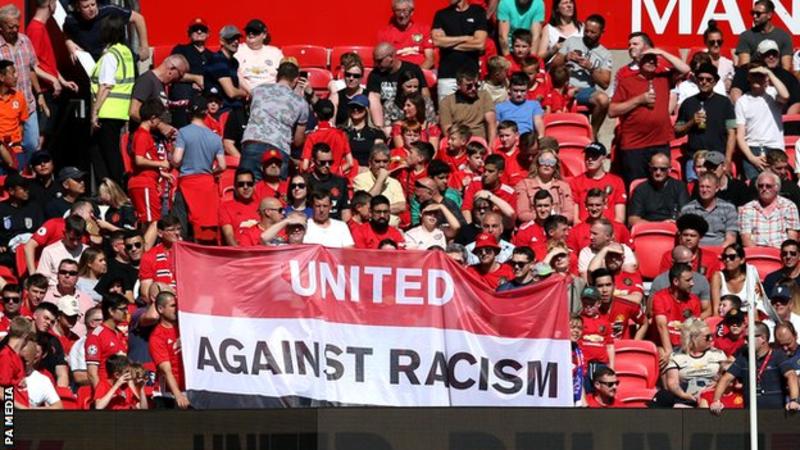 Pogba, 26, insists he will use the jibes as fuel to step up the fight against racists.

"My ancestors and my parents suffered for my generation to be free today, to work, to take the bus, to play football," Pogba wrote on his Instagram account on Sunday.

"Racist insults are ignorance and can only make me stronger and motivate me to fight for the next generation."

During the Palace match at Old Trafford, United fans unveiled a banner reading 'United against racism'.

Rashford had tweeted in support of Pogba after the Wolves games, saying: "Enough now, this needs to stop Twitter. Manchester United is a family. Paul Pogba is a huge part of that family. You attack him you attack us all."

"It's the same we spoke about before the weekend. It's unheard of and we need it to stop, it needs to stop," Solskjaer said.

"I'm just lost for words if it keeps going. We keep having all these campaigns 'No to Racism' and it keeps hiding behind fake identities. It's just crazy that we talk about this in 2019." 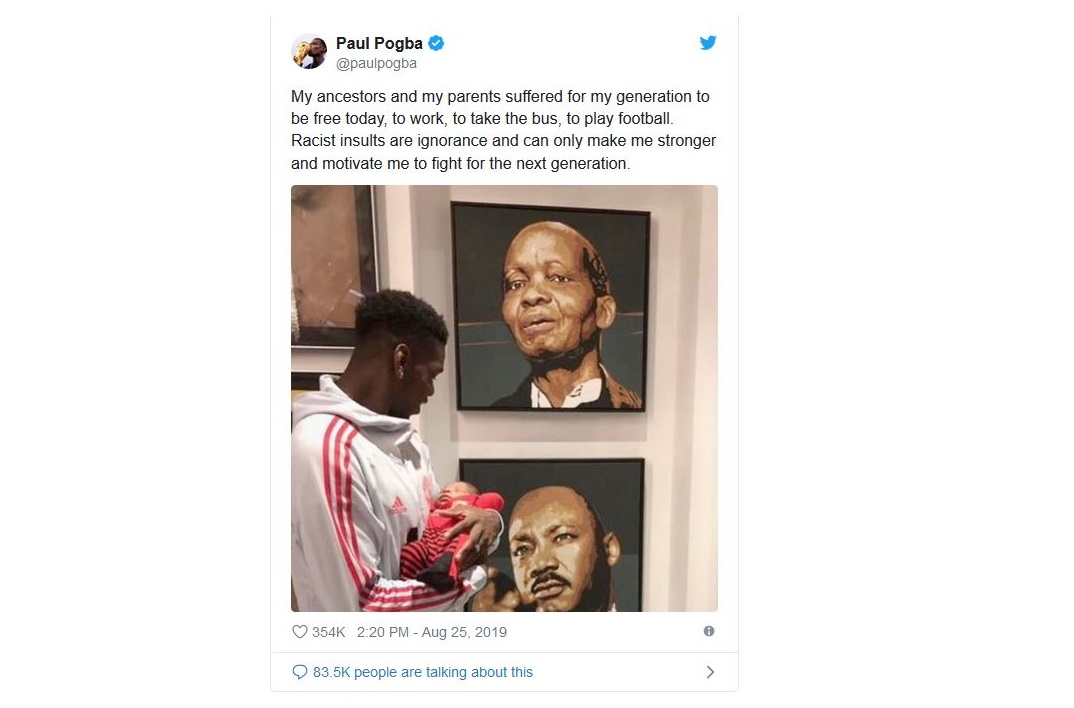 Pogba's message was accompanied by a photograph showing him holding his baby alongside portraits of his late father Fassou Antoine and civil rights activist Martin Luther King,

Modric and Perisic send Croatia through at Scotland's expense
Feedback