Last updated 11 months ago | By AFP 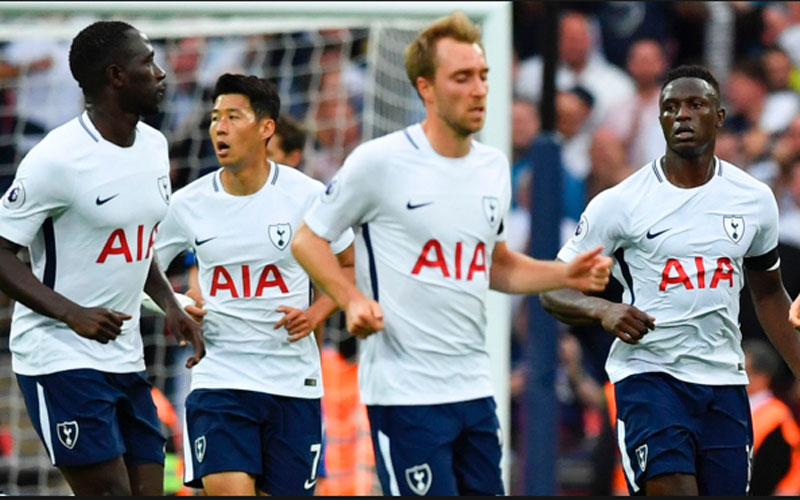 Tottenham announced on Thursday they had signed a new shirt sponsorship deal with AIA worth a reported £320 million ($400 million) over eight years.

The Premier League club's deal with the life insurance company is understood to match the reported £40-million-a-year deal that Chelsea signed in 2015 with Yokohama tyres.

Under the agreement, which replaces the previous deal with AIA, set to expire in 2022, the company's name will appear on the front of players' shirts until 2027.

Manchester United's seven-year deal with US car maker Chevrolet remains the biggest such deal, understood to be worth about £50 million annually.

"This renewed and extended partnership demonstrates the strength and success of our well-established relationship with AIA and underlines the positive impact we have been able to bring to AIA's brand and business," Tottenham chairman Daniel Levy said in a statement.

"We are proud to have the immense support of AIA at such a significant time in the club's history."

Ng Keng Hooi, AIA Group chief executive, said the popularity of the Premier League and Spurs' success made it an "ideal time" to extend the partnership.

Tottenham, who recently moved into a new 62,000-capacity stadium, reached last month's Champions League final but have been unable to match the financial firepower of their Premier League rivals in recent years.

But the club, who did not sign any players between the end of January 2018 and July 2019, smashed their club transfer record this month with the signing of France international midfielder Tanguy Ndombele from Lyon.

Spurs in April posted a world-record net profit of £113 million for 2017/18 and have climbed into the top 10 in the most recent Deloitte Football Money League, just behind bitter rivals Arsenal.