Harambee Stars hint match against Senegal is their last at AFCON, Kenyans react

Could it have been a premonition? A déjà vu? Or just a twitter gaffe that still hasn’t been noticed?

Kenya National team Harambee Stars startled its fan base last week after hinting that the blockbuster AFCON match against Senegal will be their last in the 2019 competition.

SEE ALSO: Next year's Africa Cup of Nations finals could be postponed

Keen social media users were quick to question the mentality of the team after showing a spirited and exemplary performance against Tanzania’s Taifa Stars on Thursday (27/06/2019) night.

The message posted on the Harambee Stars Twitter page read: “Dinner treat by our Captain Victor Wanyama as we head into our final match against Senegal.” 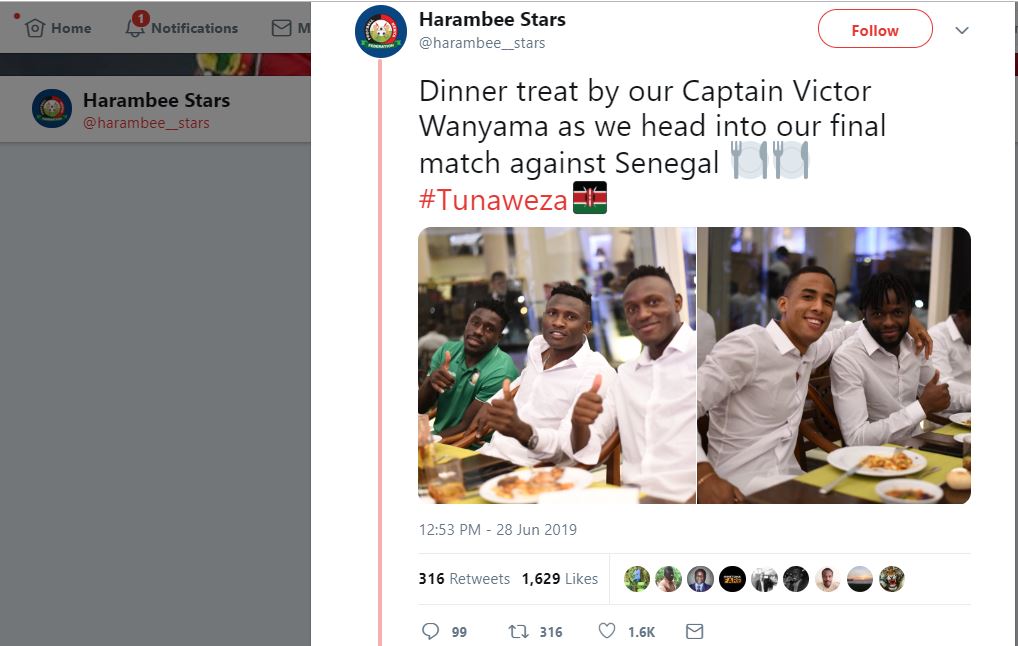 The team’s social media handlers posted the message with a series of pictures of the players giving a thumbs up, an indication, many argued was approval of the message.

Some netizens argued that the post meant that Kenya is set to play its last Group C match before the knock out stage sets in.

The post, however, did not sit well with many of the fans. 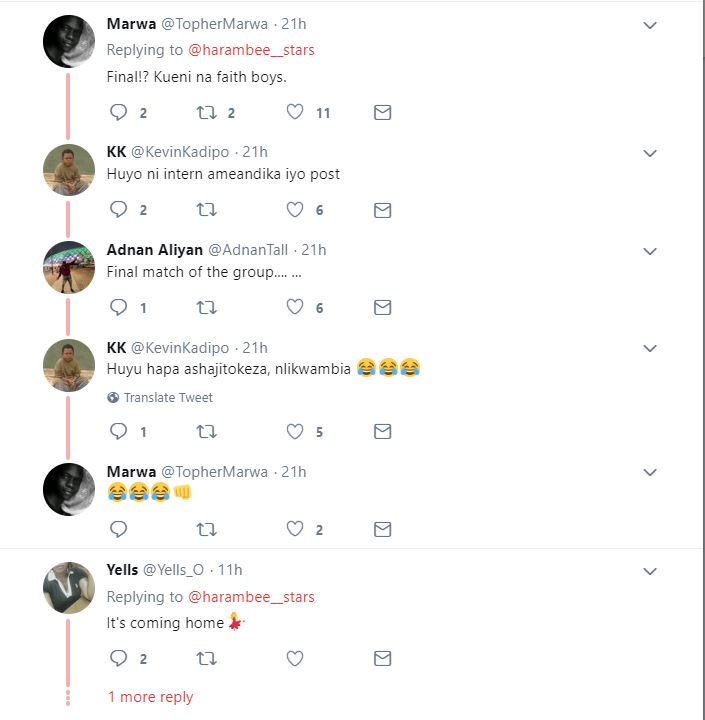 A lethal Michael Olunga scored twice as Kenya edged Tanzania 3-2 in Cairo to keep alive hopes of reaching the second round in the Africa Cup of Nations.

Johanna Omolo was the other scorer for Kenya, who trailed 2-1 at half-time.

Harambee Stars captain Victor Wanyama treated his teammates to dinner on Friday in Cairo ahead of a crucial tie against Senegal.

Kenya face the Lions of Teranga today (Monday) at 10pm and a win or draw will give them an excellent chance of progressing to the next round depending on results in other groups.

Dinner treat by our Captain Victor Wanyama as we head into our final match against Senegal ????????#Tunaweza pic.twitter.com/O0uZFiJVTf — Harambee Stars (@harambee__stars) June 28, 2019