Arsenal fans are trying to stop Eden Hazard and N’Golo Kante from travelling to Azerbaijan for the Europa League final after claiming that the Chelsea pair are Armenian.

The rumors started after Arsenal announced they would not be taking Henrikh Mkhitaryan to the Azerbaijani capital due to political tensions between his native Armenia and hosts Azerbaijan.

Unai Emery's side will book a place in next season's top-tier European competition if they beat Chelsea in the Europa League final in Baku on May 29.

Having missed out on a top four finish in the Premier League, the match in Azerbaijan is Arsenal's last chance to end their two-season exile from Europe's elite club competition.

And in a bid to try and help their team win the Europa League final, Arsenal supporters have taken to social media to spread fake rumours about Hazard and N’Golo Kante as seen below; 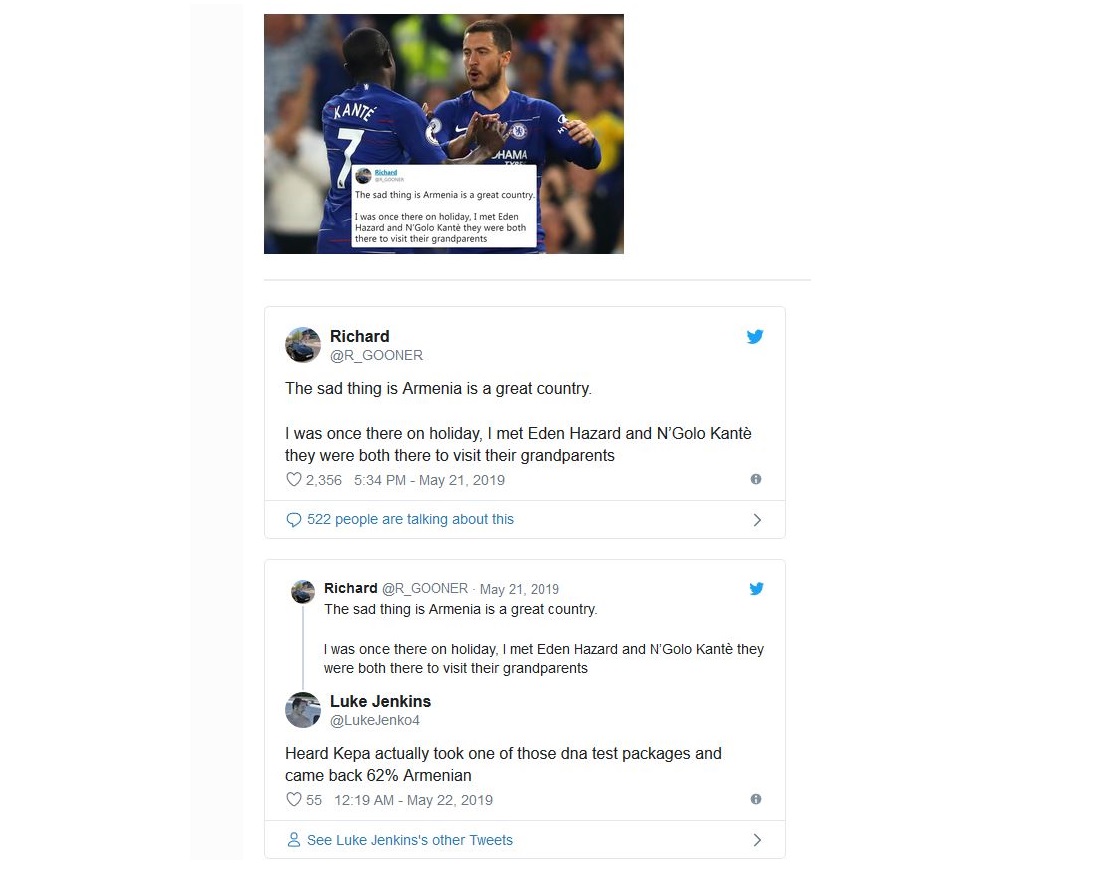 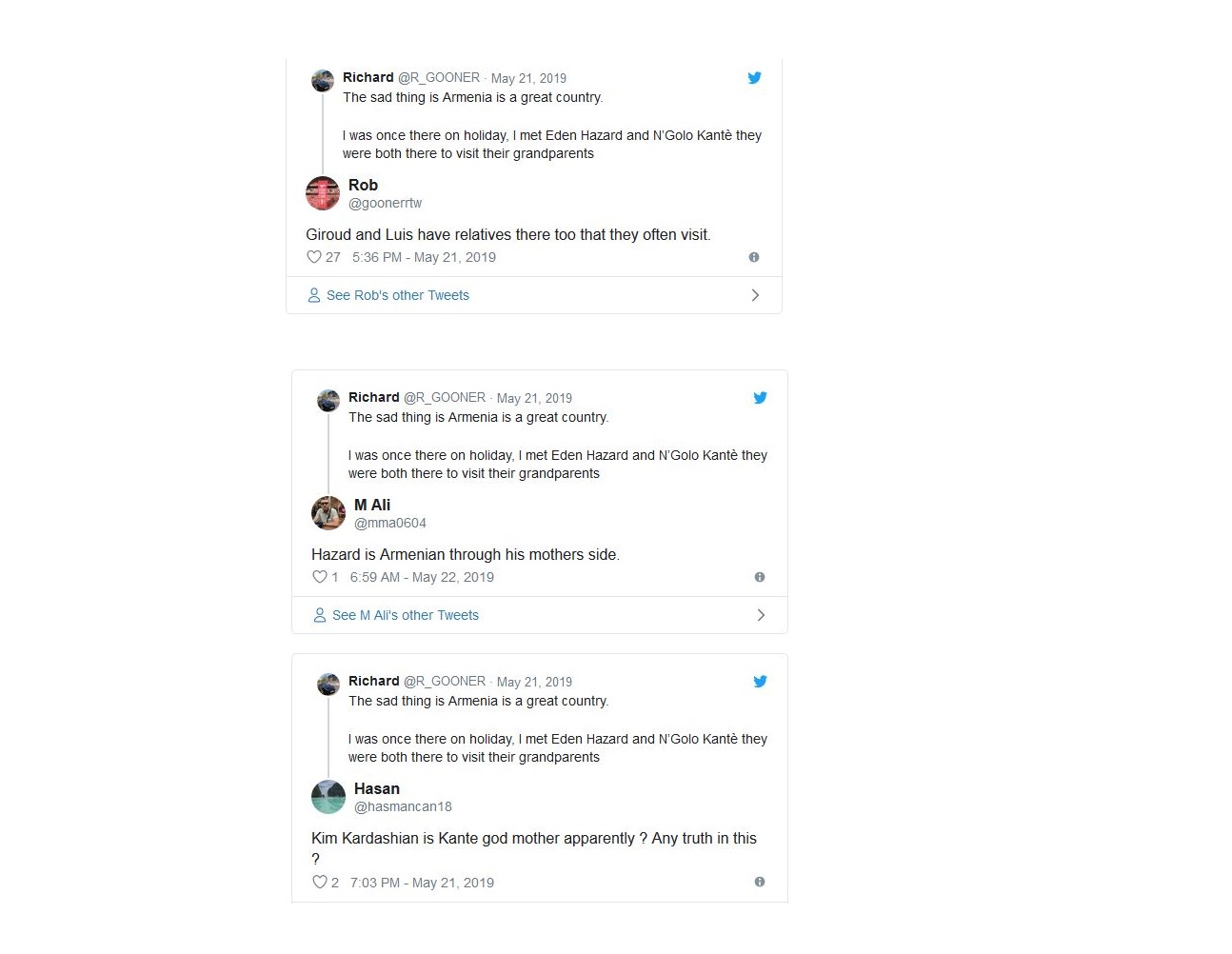 Mkhitaryan said it will hurt to miss out on a rare chance to play in a European final.

"Having considered all the current options, we had to take the tough decision for me not to travel with the squad to the UEL Final against Chelsea," Mkhitaryan tweeted.

"It's the kind of game that doesn't come along very often for us players and I must admit, it hurts me a lot to miss it. I will be cheering my teammates on! Let's bring it home."

UEFA, European football's governing body, insisted they had done all they could to ensure Mkhitaryan's safety in Baku.

"Working alongside Arsenal FC, UEFA sought and received assurances regarding the player's safety in Azerbaijan from the highest authorities in the country," a UEFA statement read.

"As a result of these guarantees, a comprehensive security plan was developed and given to the club.

"While the club acknowledges the efforts that UEFA and the Azeri government have gone to in this matter, we respect the personal decision not to travel with the player."

Mkhitaryan had featured in 11 games during the Europa League campaign and his absence will be a big blow as Arsenal look for the victory they need to qualify for next season's Champions League.

Arsenal have also expressed their displeasure at the selection of Baku as host city for the game given the logistical problems and huge cost faced by fans for a near 5,000 mile round trip from London.

"We have written to UEFA expressing our deep concerns about this situation," the Arsenal statement added.

"We're also very sad that a player will miss out on a major European final in circumstances such as this, as it is something that comes along very rarely in a footballer's career.

"Micki has been a key player in our run to the final so this is a big loss for us from a team perspective."

Armenia captain Mkhitaryan skipped the Gunners' Europa League fixture against Qarabag in October because of tensions caused by a dispute over the Nagorny Karabakh region.

Azerbaijan and Armenia have feuded over Nagorny Karabakh since Armenian separatists seized the territory in a war that claimed about 30,000 lives in the early 1990s.

A ceasefire was agreed in 1994 but the two countries remain locked in a bitter dispute with frequent exchanges of fire, and tensions are such that Mkhitaryan also did not travel to Azerbaijan with former club Borussia Dortmund for a Europa League match against Galaba FK in 2015.

Hazard, Asensio back for Real return against Eibar, says Zidane