MP left sobbing after losing money in a bet 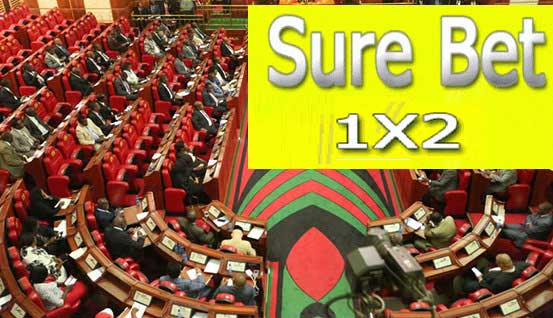 A sitting legislator was left licking his wounds after losing loads of cash during the much-hyped friendly match between Gor Mahia and English side Hull City.

The politician had underrated K’Ogalo saying the standard of soccer in England is superior and that even a youth side in League One could wallop Gor 10-0.

The MP had quipped that he witnessed Hull City play EPL side Chelsea in February, and was convinced their standard was superior.
“Chelsea laboured to beat them 4-0 at Stamford Bridge and what does that mean? It means even our team will struggle against them,” he said before placing his bet. Mheshimiwa even went for half time bet, saying he will be rich after 45 minutes.

However, things changed when our local boys started chasing Hull players in the sweltering heat as the match
ended in a 0-0 draw, dealing the legislator a big blow.

He placed multiple bets on the same match certain that he was going to win big.

The MP was left castigating the English side for being shoddy and bogus. “No wonder they were relegated, they have become useless! Even our village team can beat them like rats,” the legislator was heard saying after the match.

women and men bathing and having sex in the open

By Jonathan Komen | 5 hours ago