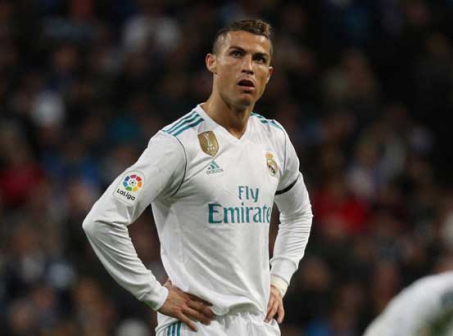 Cristiano Ronaldo has reportedly told Real Madrid he wants to quit the club at the end of the season.

The Portuguese superstar, who is contracted for another three years, was thought to be eyeing a move last summer following his tax evasion charge.

Ronaldo stayed put at the Bernabeu and Real were determined to extend his stay beyond 2021, despite the player not being interested in a new deal.

And Spanish TV station El Chiringuito report Ronaldo has rejected the terms and told Florentino Perez of his desire to depart.

He is said to be angered by the deal on the table and believes he should be allowed to leave for a reasonable price.

Ronaldo, who celebrated the birth of his fourth child earlier this week, has endured a tough start to the season, particularly in La Liga, scoring just once.

He has performed better in the Champions League in what has been a disappointing campaign for Zinedine Zidane's men to date.

They are third in the table after 11 games, eight points adrift of leaders Barcelona.

Manchester United and PSG were both linked with a move for the 32-year-old last summer.

They opted to pursue other targets and it remains to be seen if they would make a move for Ronaldo when the current campaign comes to a close.

Barcelona have agreed a deal to sign Antoine Griezmann, according to reports in France.

By Jonathan Komen | 53 minutes ago

Balotelli named in Italy squad for first time since 2018
Feedback