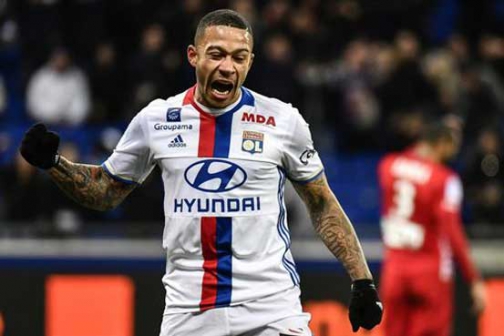 Memphis Depay insists he is not considering a return to Manchester United - even though Jose Mourinho has first refusal on the Dutchman.

Depay endured a frustrating 18 month spell at Old Trafford and completed a £21.6million move to Lyon back in January.a

The 22-year-old only made eight appearances last season and according to the Manchester Evening News, United will have first-option on bringing him back if he leaves Lyon.

And, while the club is clearly still close to his heart , Memphis is not thinking about a return anytime soon.

“No, to be honest. It’s not in my thoughts,” he told TuttoMercatoWeb.

“I’m very focused on Lyon, and I’m very happy about my choice, and I don’t think of anything else other than to do the best for this team.”

Spurs climb to fifth with comfortable win over Norwich
Feedback