Barcelona's rank in the greatest Champions League comebacks of all time

Incredible scenes in the Nou Camp as Barca complete an incredible turnaround but how does it rate to these games? No-one gave them a chance before kick-off. But with seconds remaining of injury time Barcelona booked a place in the Champions League quarter-finals with a stunning comeback win over PSG .

And in doing so Barca made history as the first ever team in the Champions League to come back from four goals down in a first leg .

Seri Roberto scored in the 95th minute to make it 6-1 on the night over the French champions and 6-5 on aggregate, having lost the first leg 4-0 in Paris two weeks ago.

But where does Barca's incredible win rank when it comes to Champions League comebacks?

Here are 5 other classic turnarounds where teams came back from certain defeat to snatch victory.

Real Madrid, leading 4-2 from the first leg, looked certain to reach the semi-finals when club legend Raul scored in Monaco to give them a 5-2 aggregate lead. Ten minutes later, though, Ludovic Guily gave the Ligue 1 side hope.

Fernando Morientes — on loan from Real Madrid — then powered home a magnificent header before Guily struck again to send Monaco through on away goals. 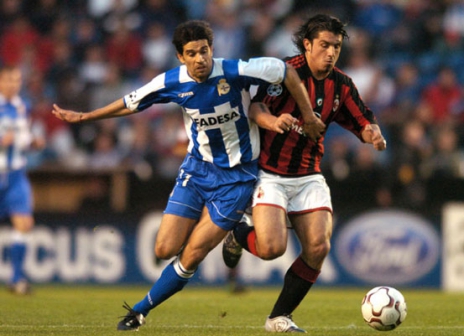 Qualify they did, however. Goals from Walter Pandiani, Juan Carlos Valeron and Albert Luque wiped out Milan's lead before half time. Substitute Gonzalez Fran then made it 5-4 on aggregate in the 76th minute to complete an unforgettable fightback. 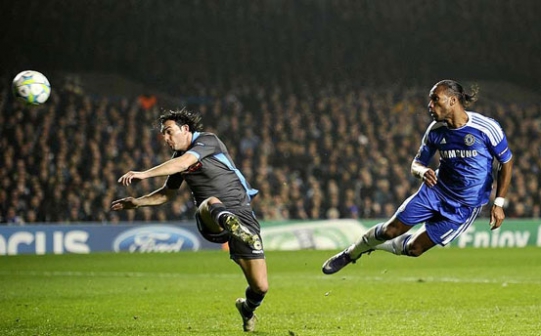 Andre Villas-Boas was in charge for Chelsea's 3-1 defeat at Napoli in 2012 but was out of a job two weeks later following a defeat at West Brom. Roman Abramovich named Roberto Di Matteo as his replacement in what proved to be an inspired decision.

Didier Drogba, John Terry, Frank Lampard sent the second leg to extra time before Branislav Ivanovic netted the winner in the 105th minute. From Chelsea's lowest point in the season came the catalyst for them to become London's first Champions League winning club. 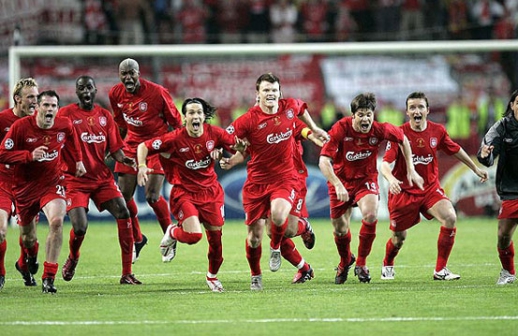 Liverpool were so far behind at half time of the 2005 final that some of Liverpool's travelling fans decided they had seen enough. Those that did missed arguably the greatest comeback in Champions League history.

Mario Basler struck in the sixth minute of the 1999 Champions League final to give Bayern Munich the lead. When the fourth official's board went up to indicate three minutes of added time at the end of normal time, United were still behind.

What followed, though, is considered the greatest comeback in United's history. Teddy Sheringham scored a 91st-minute equaliser before Ole Gunnar Solskjaer netted the winner in the final seconds of the game.

The Swiss superstar, whose Australian Open victory in January signaled a resurgence after a year disrupted by injury, is drawn in the same quarter with three-time defending champion and second seed Novak Djokovic and Spanish fifth seed Rafael Nadal in the Indian Wells ATP Masters.