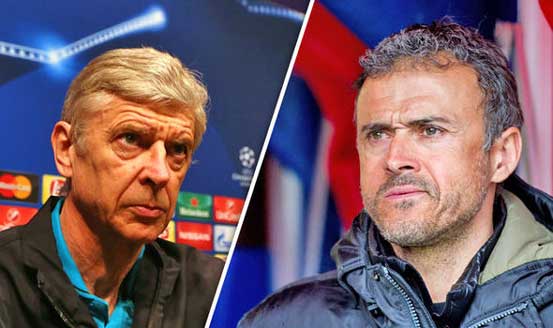 Arsene Wenger said he had no interest in succeeding Luis Enrique as Barcelona coach on Thursday, but admitted his future as Arsenal manager remains up in the air.

Luis Enrique announced after Barcelona's 6-1 win over Sporting Gijon on Wednesday that he will step down from his role at the end of the season in order to take a break.

Wenger, 67, is due to make a decision on whether to extend his 20-year association with Arsenal either this month or next and he reiterated that his preference would be to remain at the Emirates Stadium.

Asked if he would be interested in moving to Camp Nou, he said: "No, my preference has always been the same and will remain the same.

"Of course I am not looking for jobs in other clubs or jobs off other people.

"I am focused on me, getting to the next level and trying to improve and always trying to see what you can do better and reinvent yourself and that's what I try to do. That's basically it."

Wenger's position is once again under scrutiny after Arsenal fell off the pace in the Premier League title race and lost 5-1 at Bayern Munich in the first leg of their Champions League last 16 tie.

Despite his long attachment to the club, he said he was not allowing sentiment to cloud his thinking about his future.

"I have been here for 20 years and I had many times the opportunity to leave so I don't think I have to convince you that my preference has always been Arsenal," he told a press conference at Arsenal's training base.

"But of course I am objective and lucid enough to make the right decision for myself and the club as well. The club is free to make the decision it wants and I will respect that."

Wenger also said he would not be worried about the potential impact of making a statement about his future similar to Luis Enrique's.

"I believe that the players have their targets, the team targets, and I don't think that can be detrimental. It can be positive as well," said the Frenchman, whose side visit Liverpool on Saturday.

KCB VOLLEYBALL TRAINS AT KAMUKUNJI AHEAD OF NYERI LEAGUE OPENER 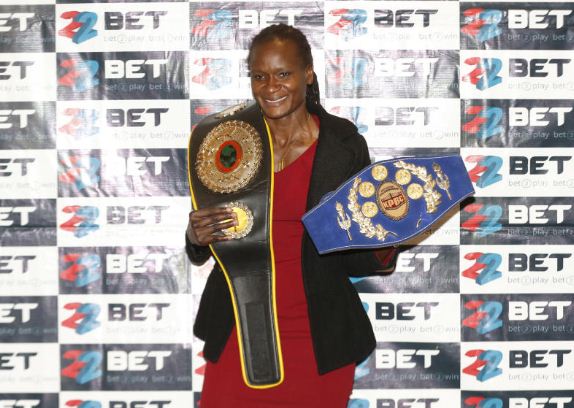 By Ben Ahenda | 6 minutes ago