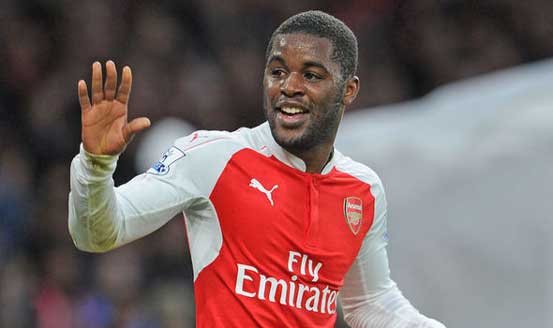 Arsenal striker Joel Campbell is set to join Sporting Lisbon on loan, according to O Jogo.

The Costa Rican front man has been linked with a temporary switch away after failing to nail down his place in manager Arsene Wenger’s plans - despite a striker shortage.

Campbell, 24, appeared 30 times for the Gunners last season, scoring four times, but doesn’t look to have done enough to have keep a place in the team.

Portuguese giants Sporting have now been linked with Campbell’s signature meaning that he could link up with international team-mate Bryan Ruiz.

Mourinho's latest outburst further proof all is not well at Roma