United move would save 'suffering' Cavani 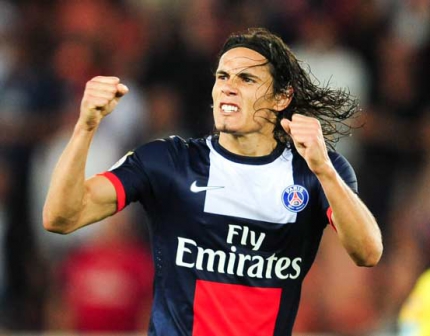 Uruguay international Cavani hit the winner to give his side a first-leg lead in their Champions League last-16 tie against Chelsea in the French capital on Tuesday.

But his father is unhappy at not being used as a central striker by the Ligue 1 champions.

Luis Cavani said: “I would like to see him play for Real Madrid, Manchester United or Juventus.”

“Zlatan (Ibrahimovic) is not willing to play on the wings. So they gave up on Edinson — PSG themselves. Edinson is suffering at PSG. If they let him play as the No 9, he will be happy.”

Moyes calls on United to back van Gaal