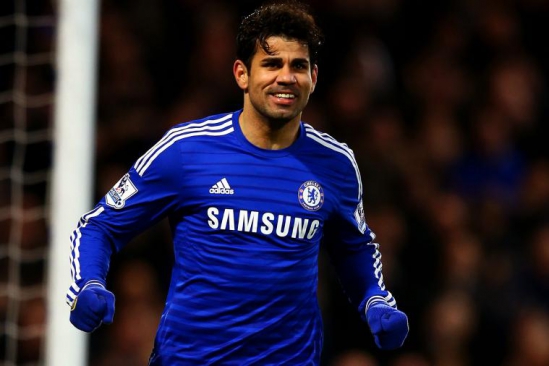 Chelsea striker Diego Costa has said he has no intention of changing the way he plays the game despite criticism that he is too aggressive.

The Brazilian-born, Spanish international scored 20 goals in his first season with the London club, playing a key role in their drive to the Premier League title.

He earned plaudits for those exploits, but also drew fire for his all-action style.

Costa was banned for three matches for a stamp on Liverpool's Emre Can and received criticism regarding his temperament, but the Spain international sees no reason to change.

Chelsea get back on track with 3-1 win over Southampton

"I don't think I have done anything malicious; I've not had a red card so why change anything about the way I am?" Costa told a number of national newspapers.

"I've always played this way for all the sides I've been with and I've always scored a lot of goals in this style.

"The key for me is to score goals and win trophies. If I change in any way, I'm not going to be the same player. I feel very much at ease and neither the manager nor anyone else at the club has said anything to me, and at no point have I shown any lack of loyalty at all and so that is good enough for me."

Costa will have a new partner up front striker to play alongside in the new season after manager Jose Mourinho took on board Radamel Falcao after his difficult spell at Manchester United.

The pair have played together for Atletico Madrid in the past and Costa is looking forward to their reunion.

"I've spent a couple of seasons with Falcao and I reckon things went fairly well," he said. "He did a lot for me and he's a great striker.

"He's a top bloke too. He gets on very well with his team-mates and he will help us a lot off the field, in the dressing room. He is a really big-hearted guy and that's the most important thing."

In one of those rare occasions for Kenyan sportsmen, Commonwealth Games javelin champion Julius Yego yesterday got a worthy mention from President Uhuru Kenyatta in his speech at the Global