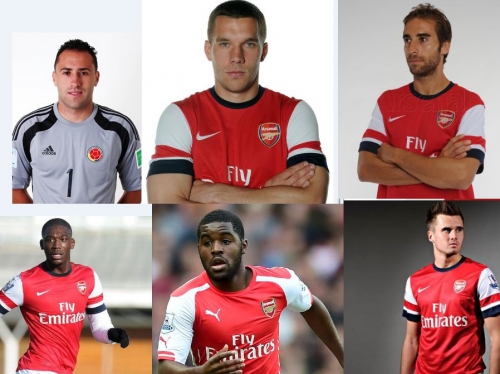 Arsene Wenger will flog six players this summer as part of a summer clearout at the Emirates.

According to The Sun, David Ospina, Lukas Podolski, Joel Campbell, Yaya Sanogo, Mathieu Flamini and Carl Jenkinson will all leave.

Germany star Podolski is set to be the first player to be sold, with Turkish giants Galatasaray already in talks over a £1.5m swoop.

Meanwhile Ospina, 26, doesn't want to return to the subs bench following the arrival of Petr Cech from Chelsea.

Arsenal manager Mikel Arteta: This is why we were beaten 2-1 by Everton
Feedback