Champion speaks: Kipchoge says others can run in under two hours

Kenyan Olympic champion Eliud Kipchoge says he expects other athletes to emulate his feat of running a marathon in under two hours.

The Kenyan, 34, became the first person to break the two-hour barrier by running one hour 59 minutes 20 seconds in Vienna, Austria, yesterday.

He compared his achievement to Sir Roger Bannister running the first official sub-four-minute mile in 1954.

“Before Roger Bannister, everybody was scared to run under four minutes,” the Olympic champion told BBC Sport.

“But after, athletes from all over the world have broken the four-minute barrier.”

The sub-four-minute mile is now seen as standard for elite male runners, with Morocco’s Hicham El Guerrouj holding the current record of 3.43.13.

“I’m showing the world that no human is limited and they can go beat two hours in a marathon,” added Kipchoge.

“I’m expecting we’ll see athletes train well and focus and try to beat two hours like I did.”

Kipchoge’s accomplishment in the Ineos 1:59 Challenge will not be not be recognised as the official marathon world record by governing body the IAAF because it was not in open competition and he used a team of rotating pacemakers, including many of the world’s best middle and long-distance runners. 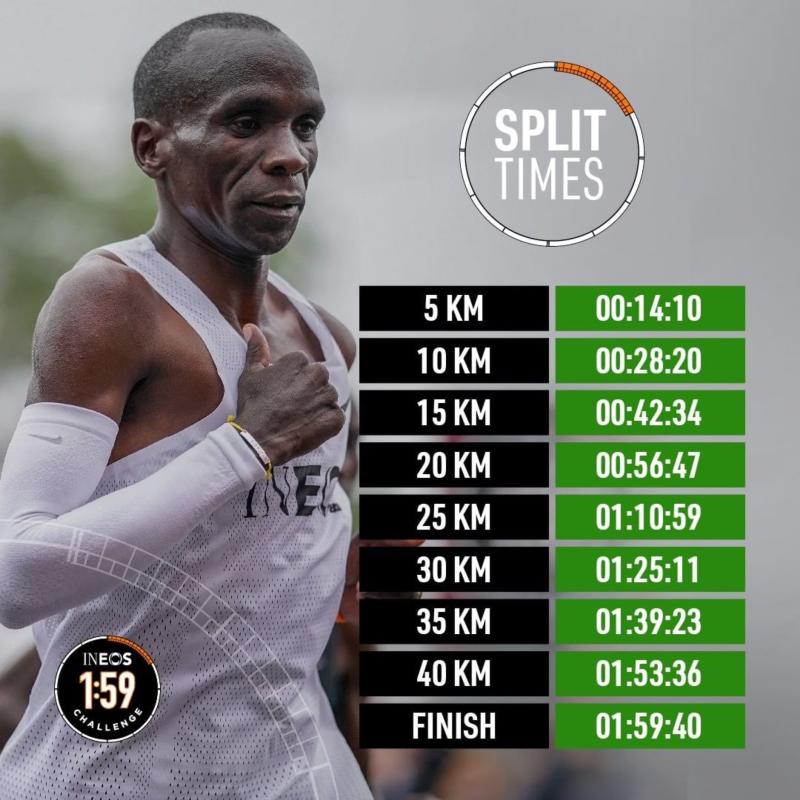 He was also handed drinks and energy gels from coaches on bikes over 4.4 laps of a 5.97-mile course.

I prayed for my son, mother says after historic marathon

She sat pensively as Kipchoge’s clock towards the 1 hour, 59 seconds ticked.